The 44th edition of the Chess Olympiad is being held in India for the first time ever, after being moved out of Russia following the Russia-Ukraine crisis. With a record 187 countries taking part, this Olympiad will witness the highest ever participation. There are 188 teams in the Open section and 162 in the Women’s section. A record total of 30 Indian players will be participating in the Olympiad. There are six teams- three in open and three in women. 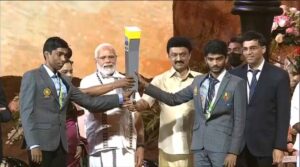 The Olympiad will be an eleven-round Swiss League event. The host countries can field two teams but India could field one additional team in both categories as the total number of teams were odd. 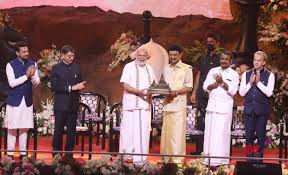 Prime Minister Narendra Modi declared open the 44th FIDE Chess in the opening ceremony held at Nehru Indoor Stadium in Chennai. In his speech the Prime Minister said this is the first time the Chess Olympiad is being held in the place of origin of chess, India.

Delivering his address at the opening ceremony, Tamil Nadu Chief Minister M.K. Stalin said about 36% of Indian Grandmasters are from Tamil Nadu. Therefore, Chennai can be rightly called the ‘Chess Capital of India’.

Previous Biomechanics in Sport- understanding, application and effect on athletes’ performance
Next Commonwealth Games- P V Sindhu and Manpreet Singh lead the Indian contingent in the Parade of Nations