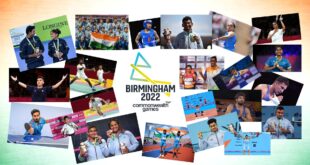 The 100-day countdown for the 44th Chess Olympiad, to be held in India, began with Viswanathan Anand terming the tournament a lifetime opportunity for youngsters.

The Chess Olympiad will be held from July 28 to August 10 in Chennai. The tournament was originally scheduled to be hosted by Russia between July 26 and August 8 in Moscow but was moved out following the invasion of Ukraine by Russia.

Several Grandmasters and national champions from more than 150 countries will be participating in the Chess Olympiad. India’s legendary Chess player Vishwanathan Anand, in a press release, said, “It is a lifetime opportunity for youngsters to get a glimpse of their idols, watch them play and possibly interact with them.”

The 100-day countdown for the Olympiad began on Monday with Anand tweeting, “The Countdown to the #ChessOlympiad2022 begins! #100daystogo and to mark the occasion find me on livestream looking at some games of the past Chess Olympiads.”

Woman Chess star D Harika also tweeted to mark the occasion. “And the countdown begins. Just 100 more days to go for the grand #FIDECHESSOLYMPIAD2022 to take place in India,” she said.

Meanwhile, All India Chess Federation (AICF) secretary Bharat Singh Chauhan said, “We are sparing no effort to ensure that this Olympiad will be the best ever and hope that people will be talking about it for the next 100 years.”

In 2020, India scripted history by winning the Chess Olympiad for the first time. They were declared joint winner with Russia. 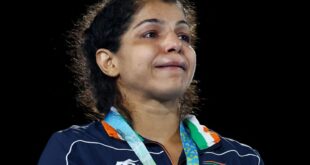