UPDATES
Home / EXCLUSIVES / “A cooperative-based system in Pickleball is perfect to have financial benefits as well as keep its true essence intact,” Carl Burnett

Carl Burnett, the Vice President of International Federation of Pickleball (IFP), recently visited India for the 5th edition of Bainbridge Cup. While on his visit, he took time out for an exclusive interview with Poulomi Kundu, the founder of Sportsavour, and shared his plans for the growth of Pickleball worldwide.

On his first visit to India

Carl Burnett: India is a fascinating place. People here are exceptionally passionate, full of emotions and so friendly. The weather is pleasant now, the food is awesome and the places are nice. In short there is a unique vibe. And therefore, Pickleball, which is principally a community sport, is perfect for Indians. I find here that people of all age group play this sport. Especially, what I witnessed is that there is a huge number of women players and kids who actually play Pickleball. This gender parity is definitely one of the key features of Indian Pickleball. Along with this, the Indian organisation has done a tremendous job in producing young players through their various programmes. In brief, I can say, India is on the right path in terms of promoting Pickleball. 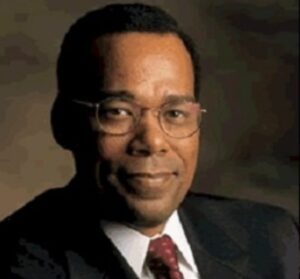 Taking charge as the Vice President of IFP

Carl Burnett: I am a sportsman, predominantly a raquet sport person. I was born in New York and grew up playing Tennis. During my military days and even after that I used to play Tennis. But some injuries forced me to quit it and during that time I was in search of some other sport that would help me to carry on my daily exercise. A friend of mine suggested to try Pickleball, which I was not so aware of. I found out Pickleball, played it and on the first day I had a lot of fun. Since then, I regularly play the sport and is quite addicted towards it. But while playing, I found out certain organisational lacks that I tried to mend by setting up Washington Area Pickleball Players’ Association. I took the sport to the university where I teach; converted its Tennis courts into Pickleball courts and trained students there. I became a certified coach, became an ambassador of the sport and gradually entered into the administration of the sport. And suddenly one day I read in Pickleball Fire that IFP needs advisors. I applied for the post and got the appointment. But within a month, what came as a shocker, was the proposal to apply for the post of Vice President! I knew that I have many more things to offer but the proposal was too early as I was quite new to the sport. But then I thought, as I already had a developmental framework ready, so I could accept the post. 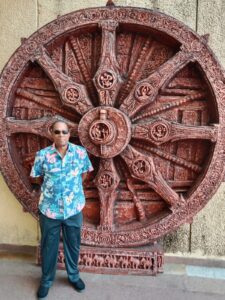 Key points of the framework

Next comes organizing the players under a definite platform. In Pickleball we have three types of players- amateurs, professionals and recreational players. The amateurs want recognition, the professionals want financial benefits while the recreational players just want to have fun. But if we can offer them a common cause for playing, then that can unite the players. I propose a cooperative-based system where investors group can built the infrastructure and then the players can have its  membership. The profit or loss, whatever happens, will be shared among the members; thus giving rise to an organisation that is managed by individuals. This cooperative-based system has another advantage- the true essence of Pikleball, i.e being a community sport, can remain intact through this.

And the third plan is to get IFP recognised by International Olympic Committee (IOC) as soon as possible. We have a high chance of being affiliated by IOC because IFP has successfully organised Bainbridge Cup for 5th consecutive time. Bainbridge Cup is regarded as the World Cup of Pickleball and IOC wants to check whether an organisation is capable of bringing various countries under one umbrella. Once the affiliation is done we can claim the global authority of Pickleball which in turn will open several doors for global recognition of the sport. 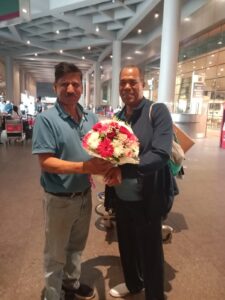 What it means to be recognised by IOC

Carl Burnett: Once we come under the IOC, we can have a systematic approach for the induction of Pickleball into the multi-disciplinary sporting events. Our first aim is to make it a demonstrative game in the Olympics. In our next Annual General Meeting we will discuss about introducing sanctioned tournaments across countries from where the member nations can choose their players who will represent in the global events.

Countries that can rule Pickleball

Carl Burnett: Obviously India is one of the leaders of Pickleball and hopefully it will make more progress in the future. The reason behind is the population of this country and the diverse section of people involved in this sport. Another country that will be a definite leader in China because it also has a huge population. Next are Australia and Canada. Australians have made tremendous progress as they have a natural ability to excel in any sport. And Canada always has a steady progress in Pickleball.

Previous Stephanie Frappart to become the first woman to take charge of a Men’s World Cup match
Next Underdogs, who became ‘surprise entrants’ in Football World Cup semi finals over the years