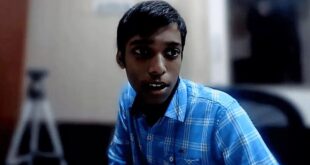 R Praggnanandhaa beats Magnus Carlsen for the second time in 2022

Harshada Garud fulfilled her father’s dream by becoming the first Indian to win a gold at World Junior Weightlifting Championships in Heraklion in Greece.

Harshada Garud, who hails from Vadgaon Maval near Pune, took up the sport at the age of 12 after one day her father saw her lifting a 50-kg rice sack without ant hassle. Her father, a former lifter himself, took her to coach Biharilal Dube’s training facility in their town. Biharilal Dubey has been a pioneer in sports in Vadgaon Maval which is one of Maharashtra’s Weightlifting hubs, apart from Manmad, Sangli and Kolhapur. 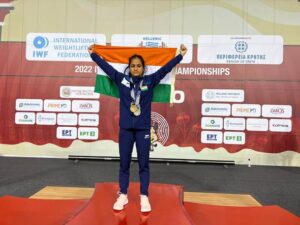 Six years later, as 18-year-old, Harshada lifted a total of 153 kg (70 kg snatch, 83 kg clean and jerk) to win the World Championship. Harshada’s top finish is a first for an Indian at the junior worlds, after Mirabai Chanu won bronze (2013) and Achinta Sheuli finished with silver (2021).

Harshada’s top finish is a first for an Indian at the Junior World Championships, after Mirabai Chanu won bronze in 2013 and Achinta Sheuli finished with silver in 2021.

“I am very happy with my lifts. I expected to win a medal here, but gold is beyond my expectations.”

Harshada won gold (under-17) in the Khelo India Youth Games in 2020 and bronze in the Asian junior championships in Tashkent later that year.