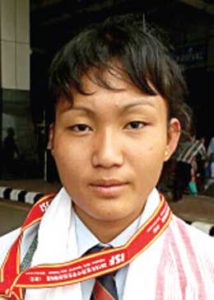 Laimwon Narzary of Assam broke a 25-year-old high jump national record of 1.75 metre when she cleared 1.77 metre height at the Federation Cup Junior National Athletics. The former record was held by Bobby Aloysius which was established in 1992. 19-year old Narzary is also a gold medallist at the World school Athletics in 2015.