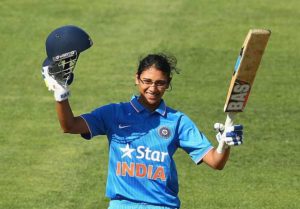 The Indian Women’s team defeated England by 35 runs in the opener of Women’s World Cup 2017. India scored 281 in 50 overs riding on Smitri Mandhana brilliant 90 in 72 balls combined with a gritty 86 from Punam Raut and 71 from skipper Mithali Raj. The Indian skipper created a new world record of scoring seven consecutive fifties. In reply, England was all out for 246 in 47.3 overs. The 510 runs scored off the bat by England & India is a record in a Women’s World Cup match surpassing 491 between Srilanka and West Indies in 2013.