Odisha, the hub of Indian Hockey, is ready to host the Junior Men’s Hockey World Cup 2021

The Junior Men’s Hockey World Cup is scheduled to be held in Bhubaneshwar from 24th November to 5th December.

Odisha reaffirmed its growing stature as the hub for Hockey by getting the rights to host the Junior Men’s Hockey World Cup 2021. Odisha along with Uttar Pradesh expressed interest in hosting the event. But the eastern-Indian state was picked for its continuous support to Hockey India and also being the national team’s title sponsor. Odisha is also set to host the 2023 FIH senior men’s World Cup in Bhubaneswar and Rourkela. 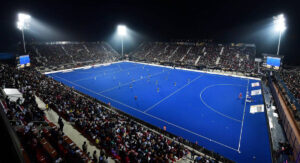 The event will be held at Kalinga Stadium in Bhubaneshwar. Chief Secretary S C Mohapatra reviewed the progress of different works associated with the tournament and directed the departments concerned to finish the arrangements well before time.

At the upcoming tourney, 16 hockey playing nations will be vie for the top honours. Australia has opted out due to travel restrictions because of the ongoing COVID-19 pandemic. Belgium, Malayasia, South Africa and Chile will play in Pool A while India, Canada, France and Poland will play in Pool-B. Netherland, Spain, Korea and the US are in Pool-C, and Germany, Argentina, Pakistan and Egypt are in Pool-D. In total, 48 matches will be held during the tournament. 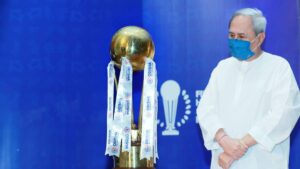 “Odisha is the hub for hockey in the country and the Odisha state government will continue to do everything in our capacity to help the sport grow further and achieve further laurels on the world level,”Odisha chief minister Naveen Patnaik said.

In view of the COVID-19 protocols, spectators will not be allowed in the stadium. The chief secretary directed officials to ensure live screening of the matched in different parts of the city .