Parallel to Olympics, the ‘Paralympics’ exist; the 16th summer edition set to start in Tokyo

The word Paralympic is derived from the Greek preposition ‘para’, which means ‘beside’  and the word ‘Olympic’. It means that Paralympics are parallel to the Olympic Games and illustrates the way in which the two movements coexist alongside each other.

The Paralympics is arguably the most important international sports competition for athletes with disabilities. They are also split into the Winter and Summer Games, which take place alternatively, every couple of years. They consist of almost all the events that are seen at the Olympics. The only difference being that in some cases the sports equipment may be modified for athletes with specific disabilities, in the Paralympics.

Sports for physically impaired athletes have existed for more than a century. There were sports clubs for the deaf in Berlin since 1888. After the end of the second World War, they were introduced widely. At that time these sporting events were conducted to assist the vast number of war veterans and/or civilians, injured during the gruesome war. At the British Government’s request, Dr. Ludwig Guttmann founded a spinal injuries centre at the Stoke Mandeville Hospital in Great Britain(1944). Over time, these “rehabilitation sports”evolved to “recreational sports”, and finally became “competitive sports” – the likes of which we see taking place even today. 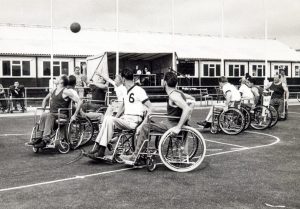 On 29th July 1948, the opening day of the London Olympic Games, Dr. Guttmann organised the first-ever competition for athletes in a wheelchair. He dubbed the competition as the Stoke Mandeville Games. It would always remain a huge milestone in the history of the Paralympics. A total of 16 injured servicemen and women took part in the Archery event. Just a couple of years later, the Stoke-Mandeville competition had grown to feature 60 athletes, and also a new event, in the form of the Javelin throw. 1952 saw the inception of the International Stoke Mandeville Games, after Dutch ex-servicemen also joined the movement. By 1954, fourteen nations took part in the Stoke-Mandeville, with athletes from Australia, Egypt, Pakistan, Portugal, etc.

Stoke Mandeville Games went on to become the Paralympic Games

In 1960, featuring 400 athletes from 23 different countries, the first edition of Summer Paralympics was held at Rome in Italy. From then on, the Paralympics have been held once every four years, just like the Olympics. Sweden hosted the inaugural Paralympic Winter Games in 1976, and are held every 4 years, exactly as the Summer Games. They also have a Paralympics Opening Ceremony, as well as a Paralympics Closing Ceremony. 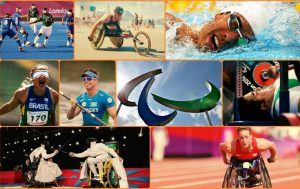 In 1988, the Summer Paralympic edition in Seoul witnessed 100,000 spectators attending the Opening Ceremony. The event featured skydivers, thousands of children, 700 wheelchair dancers and others. That edition saw a mammoth 950 world records being set. Trischa Zorn of the USA won 12 gold medals in Swimming and set 9 world records.