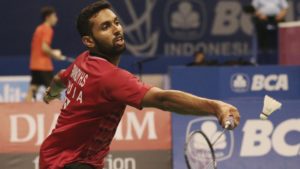 H S Prannoy and Kidambi Srikant have marched into semifinals of Indonesia Open Super Series Premier by some stunning display of badminton. Prannoy defeated the top seed and multiple Olympic medallist Lee Chong Wei 21-10, 21-18 in just 40 minutes. Some hours later, Srikant defeated Jan O Jorgensen 21-15, 20-22, 21-16. On the other hand both PV Sindhu and Saina Nehawal lost their matches and made an exit from the competition.