Squash travels from a Corner to Glass Courts

Poulomi June 16, 2017 BEYOND THE LIMITS, EXCLUSIVES Leave a comment

In early 19th century, the Harrow boys of London played a racquet game in a special ‘Corner’ of their schoolyard. This ‘Corner’ had two side walls and a front wall where the boys hit a ball hard by moving across the area. Seeing their interest in the sport, the authority built two customized open-air racquet courts in 1850. But that was opened for the school boys only. The local boys had to remain content by playing the game in tiny, stone-walled yards in their locality. But it was difficult for them to play with long, heavy bat and bullet-hard ball as their movement was hindered by water pipes, chimneys, ledges, doors, foot scrapers etc. 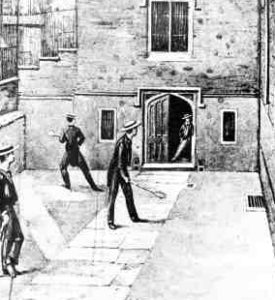 The Harrow boys understood the local problem and thus started playing with rubber balls and a shorter version of the raquets often called ‘baby racquets’ or ‘soft racquets’. This game of hitting the ball hard against a wall with a small raquet came to be known as the game of Squash.

With the expansion of British rule, Squash gained popularity in India in the army bases and cantonment areas. Indians belonging to higher strata of the society adopted it as their favourite passtime and till many years after our independence, the game remained for the rich and the prominent class because of their easy access to private and army clubs. But the formation of Squash Rackets Federation of India (SRFI) changed the scenario in India. Headquartered in Chennai, the Federation concentrated on state-wise development of the game by organizing domestic tournaments, arranging coaching camps for players and coaches as well, exposing players to international coaches and constructing more squash courts in small towns. Currently, there are 20 state associations and affiliated units under SRFI. However, the dominance remains in the hands of metro cities of Mumbai, Delhi, Kolkata and Chennai.

Amit Kohli from Mumbai is playing squash for the last 25 years. Quite a known name in Indian circuit, Kohli remembers the things of the past-“there were plaster courts in those times and we had to sweat much in hard warm conditions. But now the conditions have changed with air-conditioned glass courts and advanced learning infrastructure.” The likes of Amit Kohli have witnessed the changes; they had seen how a lone Bhubaneshwari Kumar or a Ritwik Bhattacharya had paved the way for youngsters like 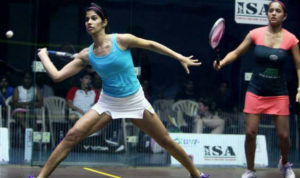 Saurav Ghoshal, Vikram Malhotra, Dipika Pallikal and Joshna Chinappa. The younger brigade is quite promising as they are maintaining a steady international ranking. Saurav was the first Indian male player to break into top 20 when he attained a career high ranking of 15 in 2013. The women’s section too saw a meticulous rise when Dipika Pallikal became world number 10 in 2012 followed by Johsna Chinappa in 2016.

However, India needs a world champion in squash. Though our neighbouring country has produced two of the greatest players who were multiple times world champions, India is still away from that coveted honour. Both Jahangir Khan and Jansher Khan belonged to Pakistan whose dominance in this sport is unparalleled. Jahangir remained unbeaten from 1981-1986 during which he won 555 matches, one of the greatest record in sporting history. Jansher, on the other hand, started a bit late but remained the greatest rival of Jahangir. They met a total of 37 times in which Jansher won 19 matches and Jahangir 18 matches.

A player of the caliber of Jahangir and Jansher does not come often. But with a population of more than 134 crores, there must be someone in somewhere who can beat this world. The state federations, under SRFI, are trying to spread this sport in grass root level to bring forward the hidden talents. 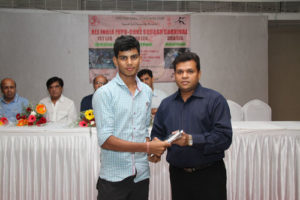 Sanjay Goyal, secretary of Squash Racquet Association of Maharashtra (SRAM) speaks about their initiative to spread squash in all the districts of Maharashtra. “Till date we are successful in implementing squash in 32 districts of Maharashtra. We have approached the government to pass a directive to the district sport academies that they should have at least one squash court, if not two,” reveals the secretary. Such efforts are prominent in other states like West Bengal and Tamil Nadu also.

But in spite of these facts, squash has a long way to go. As noted by a veteran player Aditya Maheshwari, “Squash needs to be included in the Olympics. That will be a huge boost to attract audiences and the media of course. We need more television coverage for this sport.” Pondering on Aditya’s thoughts, we also hope that squash gains immense popularity. A sport that is filled with so much speed and movement would not remain in oblivion for long.