The unconventional Mira drives towards the podium

“I had a passion for speed and a strong heart to race the world. My ultimate dream has always been to race in Formula One and to be in a position to race against the best drivers out there.”

Mira Erda, the first Indian woman to race in Euro JK Series which is one of the highest classes of Formula Racing in the country, is proud to be associated with a sport that is so much male-dominated. Some 7 years back, Mira went to Pune to see one of the national karting races. Though few accidents took place, still Mira felt an adrenalin rush while witnessing the tremendous speed and excitement of the event. That was the defining moment for Mira who became absolutely determined to pursue motorsport as her career. 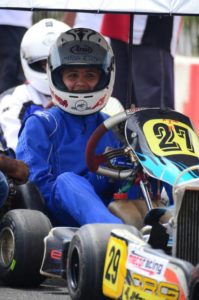 Under the able guidance of her father Kirit Erda, Mira started karting in June 2010. “When I started it was tough as I often could not control my speed and got pushed out of the track. But after some days of practicing, I had a good control over my hands and at the same time I was confident enough,” Mira recollects her initial days. She trained and practiced hard and within 25 days she participated in five rounds of JK Tyre National Rotax Max Championship 2010 held at Kolhapur, Hyderabad and Coimbatore. Overall, she achieved 7th position in Micro Max Category at National level in this Championship.

Seeing her national results, Mira was invited by RL Karting Racing team of Malaysia to participate in the world final of Plus Yamaha SL International Challenge. With only two days of training on an international track she raced her first international race in Malaysia on 23rd November 2010. Not even 10 years at that time, Mira brushed shoulder with 24 drivers from countries like Japan, Australia, Malaysia, Singapore, Indonesia, Thailand and India.

Mira was never subdued by the male-dominance factor in motorsport. Being a strong person from that young age, she enjoyed being in the same track as the boys.  “It was a challenge for me to befriend them as it was difficult for them to accept defeat against a girl,” says Mira. But she successfully emerged victorious when the male drivers started respecting her winning ability and even discussed strategies with her. 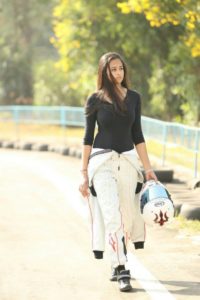 The young-girl from Vadodra had been competing in the LGB Formula 4 series till last year. She won the Formula 4 Rookie Champion of the Year in 2016 and was also awarded “Outstanding Woman in Motorsport 2016” by Federation of Motorsport Club of India (FMSCI). In these 7 years Mira has already participated in about 75 races both at the national and the international level. But her highest career point came this year after she was signed for the Euro JK series in the upcoming JK Tyre- FMSCI National Racing Championship. “Ever since I started racing I have been dreaming of becoming a Formula 1 racer. I want to thank JK Tyres and FMSCI for this wonderful opportunity as this is one huge jump forward towards fulfilling my dream,” Erda announces.

Mira Erda represents a generation that loves the ‘unconventional’. The 17-year old wants the tricolour fly high while she rides the podium. She does not want people to remember her as merely a woman driver in the men’s domain but wants them to take her name as one of the most accomplished driver in this sport. And the words of Lewis Hamilton, whom she idolizes for his immense stamina and unending mental strength, inspires her every moment, “I don’t aspire to be like other drivers-I aspire to be unique in my own way.” 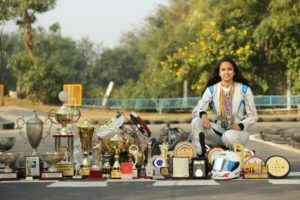