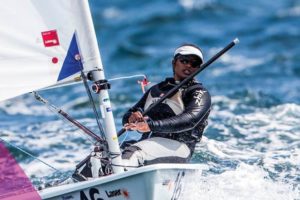 Chennai-based sailor Nethra Kumanan became the first Indian woman to win a World Championship medal when she clinched a bronze in the Hempel World Cup Series at Miami. She was in the lead on multiple occasions in the Laser Radial Class of Sailing but eventually finished in third spot.

The laser radial is a small, dinghy-style boat that is sailed by one person. It has a shorter mast and reduced sail area, allowing light sailors to sail in heavy winds. Nethra represented the country in this event in the 2014 and the 2018 Asian Games, finishing fourth in the latter sailing event.

But this time Kumanan succeeded to have a podium finish. She finished behind Erika Reineke of the USA and Vasilieia Karachaliou of Greece. The official twitter page of World Sailing exclaimed, “What a finale!…………And a brilliant Medal Race win for Nethra Kumanan gives her bronze!” 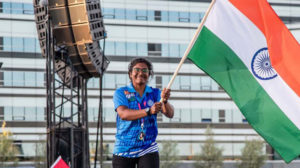 Nethra Kumanan started sailing at a summer camp that was organised by the Tamil Nadu Sailing Association. She started training professionally in 2013. An engineering student from SRM College in Chennai, Kumanan is now eyeing to qualify for the Tokyo 2020 Olympics. She will have a chance to qualify for Olympics if she finishes in the top-two at the Asian Sailing Championships that is scheduled from March 15, 2020 at Abu Dhabi.

“We have never been to the Olympics for Sailing before. I guess my goal will be to perform in the next Olympics. This time, I have a really good shot at qualifying and I am doing the best I can do, obviously. But to really achieve something I’d give myself another four years,” Nethra Kumanan said to Olympic Channel. 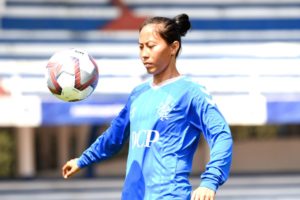 Bala Devi, who has a prolific record at the domestic level with over 100 goals in 120 games and 52 goals in 58 games for the national team, has been signed by renowned Scottish club Rangers FC on an 18-month deal. This has made 22-year old Bala Devi the first Indian woman to become a professional footballer anywhere in the world. She also has become the first Asian international to join Rangers Women.

Amy McDonald, Women’s and Girls’ Football manager at Rangers FC welcomed Bala to the club and said, “Bala is a playmaker who likes to play as a number 10 and we believe she will contribute goals and assists to the team. She will provide us with an attacking threat and a versatility that we can utilise to our benefit going into the 2020 season.”

Bala Devi was named as All India Football Federation (AIFF) Women’s Player of the Year twice, in 2015 and 2016. She has been the top scorer in the Indian Women’s League for the past two seasons.  Bala had travelled to Glasgow in November 2019, after which Rangers decided the deal. But there was a process of legal clearance as she did not automatically fulfill the eligibility criteria to play in the United Kingdom.

The Indian women’s team is ranked 57th in the world but the eligibility criteria for a woman footballer to play in the UK specify that the player’s country should be ranked in the top-40 of the FIFA rankings. The criteria also refer that the player should have featured in a minimum of 75% of international matches in the last two years. Bala did not fulfill both the criteria. 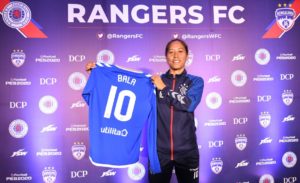 Considering these facts, the Scottish panel unanimously voted in favour of granting work permit on the basis of special exemption to Bala Devi. The deal is now subject to international clearance, which will be completed on February 3.

Sunil Chhetri, in his twitter account, wrote, “You’re going where no Indian woman footballer has gone, and you will be carrying the dreams of us all. Good luck, Bala. Do us proud.”

Rangers FC is Scottish Women’s Premier League 1 team, which is the premier division for women’s football in Scotland. Rangers Head of Academy Craig Mulholland said, “I would like to warmly welcome Bala to both Rangers and to Glasgow. Rangers are committed to building a successful women’s team for years to come and the acquisition of the talent like Bala is another step towards our goal of domestic and European success.”

Previous Kobe Bryant dies in a helicopter crash, leaves the world in shock
Next “Pickleball has improved my patience and that is helping in playing the net game quite accurately…….”