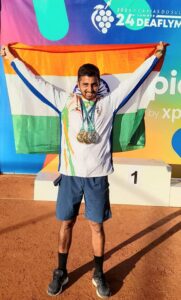 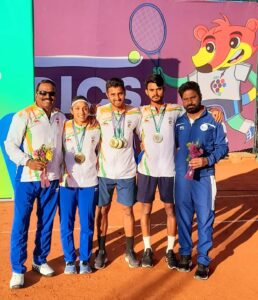 Prithvi Sekhar represented the nation at the Deaflympics in 2013 and then in 2017 paired up with Jafreen Shaik to win India’s first ever Deaflympic medal when they won bronze. In this edition, he improved on his run to win three medals for the nation.

Prithvi paired up with Dhananjay Dubey to win silver in the Men’s Doubles event. His second medal came in the Men’s Singles event when he defeated Marino Kegl 6-2, 6-1 in the bronze-medal match. Later with Jafreen Shaik, Prithvi defeated compatriot Dhananjay/ Bhavani Kedia 6-1, 6-2 to win bronze in Mixed Doubles event.

The Tennis contingent’s medals have taken India’s overall tally to 13 medals at the Deaflympics so far.