The 10-day Khelo India Youth Games was finally inaugurated after several postponement due to the worldwide pandemic. The 4th edition will be taking place in Haryana, with Panchkula being the epicentre. It will have the presence of 4,500 athletes from across India. 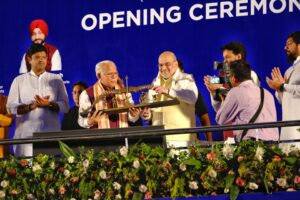 The opening ceremony of KIYG 2021 was graced by Union Home Minister Amit Shah, Union Sports Minister Anurag Thakur and Haryana Chief Minister Manohar Lal Khattar. Terming Haryana as India’s sports capital, Amit Shah said, “The entire country is not only proud of Haryana’s athletes but also admires them all. Over the past four years, Khelo India has given a platform to athletes from across the country to showcase their potential.”

The Haryana government claims to have spent ₹139 crore in building the sports infrastructure for this Khelo India Youth Games. Manohar Lal said: “I thank PM for giving Haryana the opportunity to host the Games. This is not just a sporting competition but also a melange of cultures because when athletes come here from all over the country they don’t just bring their sporting skills but also bring their culture with them.” 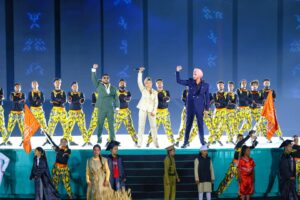 Previous The essence lies here- JMD proves again that Pickleball is truly a ‘Sport for All’
Next Khelo India Youth Games: Maharashtra’s Kajol Sargar becomes the first gold medallist of this edition