Indian Cricket on 18th June: From Kapil Dev’s remarkable 175* to playing the final of the World Test Championship 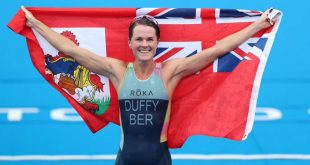 Tokyo Moment: Flora Duffy puts her name into the record books; makes Bermuda the smallest country to have an Olympic Gold Medal 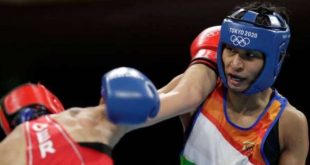 Day 4 Glory: From Assam to Tokyo; Indian pugilist Lovlina Borgohain is one win away from an Olympic medal 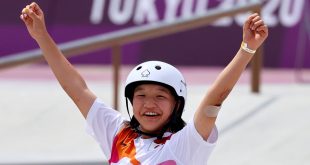 As 18th June marks the start of the final of the World Test Championship between India and New Zealand, it brings back the memory when on the same date in 1983 Kapil Dev played the memorable innings of  175* against Zimbabwe to pull his team out of the trench.

It’s the 18th of June 1983, and with 5 down and a laughable 17 runs on the board, the Indian Cricket team was staring down the barrel of a gun against Zimbabwe. India was facing elimination from the World Cup and a win was a must for them.These are the times when you need your leaders to step up and on that day who should walk out onto the pitch, but the ever-enigmatic Kapil Dev. He went on to score a heroic unbeaten 175 to steer his team to a win in that Group B match.  India would later go on to beat the mighty West Indies in the final and clinch their maiden Cricket World Cup title, in the third edition of the tournament (officially dubbed the Prudential Cup ‘83), held in England and Wales that year.

The Zimbabweans were looking lively at the start of the game after India had won the toss and captain Kapil Dev had chosen to bat first. They were right on top of the Indian team whose ‘fall of wickets’ (1-0 (Sunil Gavaskar), 2-6 (Krishnamachari Srikkanth), 3-6 (Mohinder Amarnath), 4-9 (Sandeep Patil), 5-17 (Yashpal Sharma) was simply painful to watch for any Indian, till Kapil Dev walked out to the centre. Everyone around the world had bet against India as they were considered to be the underdogs at the time. Zimbabwe was feeling pretty confident and rightly so, with the game almost reaching a stage where beating India had almost become a formality for them. 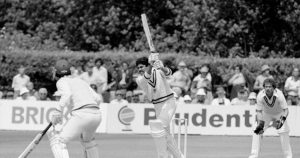 With his team limping at 17/5, Kapil Dev walked out to the crease and let the whole world know that India was not going to take anything lying down and that they were there to win the tournament. Unfortunately for Zimbabwe, they were there to feel first-hand the true wrath of the Haryana Hurricane. Dev blasted an unbeaten 175 off 138 balls, at a strike rate of 126.81, which was littered with 16 boundaries and 6 over-boundaries. He carried India on his shoulders to a handsome total of 266/8. In the second innings, India would bowl Zimbabwe for 235 to clinch a 31-run win, mostly thanks to the captain Kapil Dev.

The 18th of June seems to be a day of significant importance in Indian cricket as another 18th of June has come around and this time Team India is going head to head against New Zealand in the World Test Championship Final, being held at the Ageas Bowl, in Southampton.

It’s been a long and arduous journey for Indian Cricket from that fateful 18th June of 1983, to that same date 38 years later. India had been ousted in both the World Cups of 1975 and 1979, prior to the ’83 tournament. They were not considered to be one of the top cricketing sides in the world at the time. They were often tagged as one of the “pushovers” of the tournament.

Kapil Dev and his team, however, decided to grab that tag by the scruff of the neck and throw it in the fire. The team despite its inconsistencies managed to claw its way into the finals and beat the West Indies, who were arguably the favourite to win the tournament. From then on, Indian Cricket has never had to look back and has only gone from triumph to triumph. 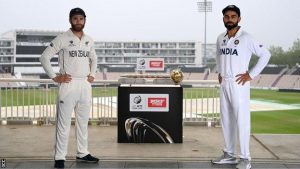 At present India has three World Cups to its name including the 1983 World Cup, the 2011 World Cup and the 2007 T20 World Cup. At the time of writing, India ranks in the top 3, in all three formats of the game – ODIs, Tests and T20s. It is unquestionable that India is a cricketing superpower and with India Cricket pulling a massive amount of global viewership towards itself, the BCCI (Board of Control for Cricket in India) does wield a significant influence on the ICC (International Cricket Council). The popularity of India as a cricket giant increased even more so since the introduction of the IPL (Indian Premier League), which combines glamour with the high octane game of T20. Owing to its never ending list of sponsorships and incredible allure, the IPL sees world-class players from all corners of the globe participating in it.

From just a team “filling up the spots” in the ’83 world cup, to the Cricket-crazy behemoth that wields great influence on how the game itself shall progress throughout the world, Indian Cricket has come a long way and it shows no signs of stopping. Almost every Indian kid who is into sports wants to grow up to be a cricketer. Only time will tell the extraordinary heights that Indian Cricket will be able to reach. But in spite of all that, one thing is for certain, that no matter whether Indian Cricket breaks new records or not, the love every Indian has for ‘the gentleman’s game’, will be priceless.

Previous Leander Paes: On his 48th birthday, let’s look back to his incredible journey that perhaps will end soon
Next “……I wasn’t even scared of my death….”- Milkha Singh completes his ‘Race of Life’ 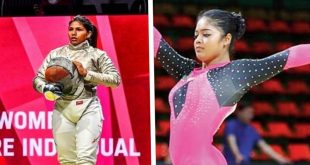 Day 3 Heartbreak: Bhavani Devi and Pranati Nayak bow out of the Olympics, but to very different tunes