“It’s a real task for us to promote squash among young players….” Ashish Gupta 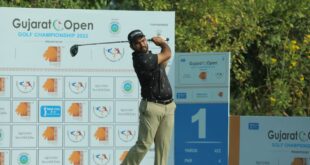 An electronic engineer by education, Mr Ashish Gupta is the Managing Director of Winmark Exhibitions based in Mumbai. But sport remains his passion and the love for the game of squash had helped him to be in the administrative department of Squash Racquet Association of Maharashtra (SRAM).  A former player, Ashish Gupta was the Secretary of India Squash Professional. Currently he holds the position of President of SRAM. A candid chat with us reveals his vision for the game and his plans to make squash a popular sport in India.

In my younger days I played different kinds of sports as I was an enthusiastic sportsperson. But I didn’t stick to any particular sport. Then one fine day I came across squash. I started playing it and found that the game to be quite different from others in a way that here two beginners can easily start hitting the ball, move around the court and enjoy playing the game. Its not necessary that high-leveled players can only make this game enjoyable. What I want to say is that this is a game that is suited for all level of players.  Thus, some 30 years back squash attracted me and still I play it. Might be I have slowed down a bit now but there was a time when at the middle of night I could wake up and go for a game.

Yes, it’s true. As time passed, my interest started growing in this game. I felt of improving the structural division of squash. My contemporaries, too, felt the same way. As I was the secretary of the squash division of my club, it was mandatory for me to organize tournaments. I organized a tournament for children and it turned out very well. Possibly, I had some extra ability for administration and people also realized that. So, I was put more in the forefront in the administrative department. With the passing of years, I developed new systems of how to make tournaments simpler, easier, faster and crystal clear.

When I started playing, we used to play with wooden racquets with natural ‘gut’ string. The racquets were really small and the number of shots and angles were very limited. But today the racquet has become more than double in size with synthetic high-quality strings.

Coming to the balls, squash balls have coloured dots that indicate their dynamic level. We played with red dot balls which were slow as the bounce was high. So for an advanced- level player it was difficult to speed up the game with that ball. But now experienced players play with double yellow dot balls which are extra slow balls where the bounce is very low. So with the advanced racquets and balls the speed, power and shots have evolved tremendously.

This is the biggest challenge for administrators like us. Today children have access to diverse gadgets and electronic games. They hardly want to take out the sweat by playing a hard game.  Or maybe, if they are interested in sport they play cricket, football or lawn tennis. So it’s a real task for us to promote the game among young people. What we always suggest to our coaches is that children should have fun while playing the game instead of giving them a hard-core training regime.  And believe me, a 30-minute game of squash gives a tremendous work-out for all levels of players.

The level of squash activity, coaching and tournaments going on in Maharashtra is quite good. We have managed to pull up the game and now moving into the districts. 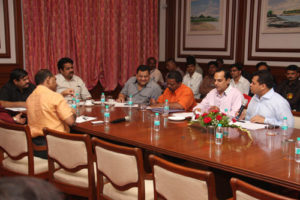 We have got the Government of Maharshtra to issue a directive that districts should have one or two squash courts along with other sports facilities. We have got training programme called ‘Train the Trainee’ where district coaches are called to the city to get proper training for coaching from experienced coaches. So we are trying to work in the grass-root level. Another thing that is not very known to people is girls playing this sport have the facility of achieving scholarship if they reach a certain level. Even they can be picked by foreign universities if they maintain a specific standard.

Of course things are changing now. Our top players are in the first 20 in international ranking, both in men’s and women’s section. But we still don’t have a world champion and until and unless we don’t have a world champion, its hard to get the so-called media exposure. We want more players to play because when there are many players there is more competition and that automatically increases the standard of the game and the players. Moreover we need to have exposure to the games of foreign players that really helps in increasing the level of the game.

Previous Mallakhamb’s glory-the tale of Shivaji Park sans cricket
Next He rose and fell, but he remains; its The Tiger Effect