To achieve what Cricket has commercially, Golf has a lot of catching up to do. Brand guru Harish Bijoor, who has created business plans on Golf for clients in Japan and Italy, in an exclusive chat opened up on what will it take to transform the sport in India.

Harish Bijoor: Golf is certainly a global sport. However, sponsorship in the Indian context is difficult because it is considered very, very niche. There is a fair bit of investment in India on Golf. But the interest is a nano percentage as far as the overall sport is concerned. The ratio of interest in cricket will be 830:1.7. That is the reason why mass sponsorships don’t emanate for Golf.

Niche sponsorships could come for Golf, but these niche sponsorships are also looking for a size of audience which is hopefully large enough for them. Now that optimum size of audience is not found by marketers in this country. The golfers love the sport, but not enough people watch it and that is a key problem. I think it’s the Industry of Golf which must redefine its stakeholders.

I worked in Golf for the last 17 years and every year I talk about it at some forum or other and I keep saying there are several stakeholders like owners of Golf courses, Golf captains and secretaries, and  government and ministries interested in tourism. There is something called Golf tourism – golfers themselves and their family eco-system, people living around a Golf course are all your stake holders as well. You must take care of them.

Golf doesn’t touch too many people. You need to start touching a larger stakeholder base. 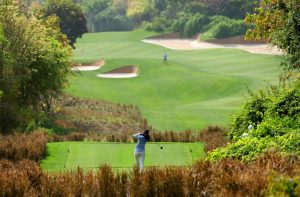 Harish Bijoor: There are many things. For instance, there is a mindset that Golf requires money to play. It is a rich man’s game. Can you change that? Can you look at ensuring that Golf can enter schools and you can have small little putting areas where people can start without spending too much of money?

Golf takes a lot of time!! This is the second complaint. Can you ensure the format of Golf can be rejigged? Just like Gricket has invented itself. Golf is a pleasure of leisure.

Then make Golf a young sport, which is played by more and more youngsters.

Harish Bijoor: Golf is certainly the game of corporate and bureaucrats. It’s supposed to be a networking arena. People love to use it but contributing back I don’t think they are too keen. They do see a disadvantage, which is eyeballs.

Believe it or not – all the stakeholders are listed to you can be addressed. I have done business plans for Golf in Japan, in Italy, in two prefectures, and are investing a big money in putting a business plan and to build golf tourism eventually. If you really look at it in India, particularly Golf, we don’t invest in the right things. It’s time now to invest in building a five-year business plan for Golf in India.

Setting a plan for Golf in India 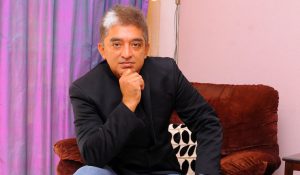 Harish Bijoor: Extremely important is that I would make Golf inclusive. Golf is a bit too exclusive at this point of time. A purist golfer will balk at this thought. The point is that if Golf can be used and viewed as the sport of elite and niche; or Golf can be viewed and used as a business opportunity.

If you want to use it as a business opportunity, you need a business plan. Business plan must be one which makes golf inclusive. It is extremely important to make Golf for the masses if you want money into Golf.

Dispelling the notion that Golf can be inclusive

Harish Bijoor: This has started happening recently. It’s not gone beyond. Five years ago, I addressed a Golf conference in Gurgaon and I spoke about the fact that it is very, very important to make Golf inclusive. If you don’t do that you will be made an outcast as far as the sport is concerned. After these five years I was told that six centres were opened up where the fees were hardly anything, equipment was given on hire, school children were encouraged to come in.

But this was all anecdotal. If you have to make Golf what is must be, it must be much more detailed, much more broad spread. Every sport has four moods.

Mood Two is Ignore it. It exists in a large number of people is India, which is the mood for Golf?

Mood Three is shun it actively. Boycott it.

My point is that Golf must invest in itself for creating a I love Golf kind of mindset. Golf has got everything in it. It is deceptively simple but extremely complicated. The joy of Golf can only be understood when somebody gets down to the course and plays. Getting people to do that is a mass task. It is not an anecdotal task.

Five years from now for Golf

Harish Bijoor: The simple answer as I have done a five-year plan for a promoter on how Golf will look in five years from now in India. Without the effort of the golfing fraternity in India, by the way the golfing fraternity in India is the most intelligent, most savvy and most moneyed fraternity in this country. Intelligence, savvy and money – all three things are there in the sport. But what’s not there is all these three things combining and hitting the ground running with an active business plan to say five years from now we are going to be this way.

Golf is growing, it will grow. But it must grow at a much higher pace (he points with a gesture). That is the missing element.

Harish Bijoor: Not yet. I would say the temptation will be to do this first. Broadcasters will come to you and say this is a great way of promoting the sport. Let’s take it places. But believe it or not, it will not take you anywhere. What will take you somewhere is doing the stuff on the ground.

You should choose one city in India and make a pressure test for Golf in that one city where you will look at private, public and armed forces Golf courses. Bring all these together. Once that is done, put all the inputs of a five-year business plan into that city. There are 16 different factors that I list in my business plan to say this is how Golf can grow step by step. Look at these 16 elements. The get your biggest sponsors to put in their money and focus on one city.

I have run pressure tests in Japan and Italy. If you can really look at it, you can grow phenomenally. You can’t do it in every city. That way you are going to be dissipating a large amount of money on a large number of places. Give it two years and you will see how you develop Golf, golfing sentiment and golfing temperament in the city that you focus on. It’s doable.