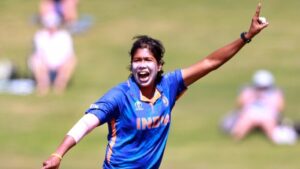 Most wickets in Women’s World Cup: