Ace skydiver Shital Mahajan accomplished a rare feat of becoming the first Indian woman civilian  to skydive at night. She performed the feat with renowned Paramotor pilot Vijay Sethi by her side. 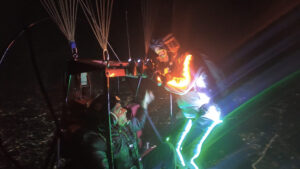 Shital Mahajan leaped from a height of 5,000 feet after sunset putting LED lights on the Indian tricoloured jump suit. This is the first time an Indian woman civilian has performed Skydiving from a paramotor at night. She performed this feat from Hadapsar Gliding Center at Pune with safety precautions. 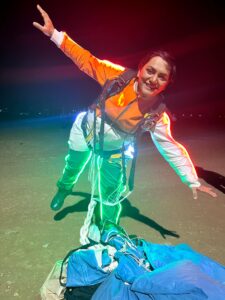 After accomplishing the national record Shital Mahajan said, “Skydiving in the night from Paramotor has come true. My primary aim is to promote the sport of Skydiving in India, especially among women so that they get encouraged to participate in this sport.”

Shital Mahajan and her team have applied for insertion of this feat in the Guinness Book of World Records. The video footage has been sent to the Guinness Records committee for confirmation.