Though it may seem unbelievable and almost a joke, Pillow fighting is going to be a combat sport in the middle of the Boxing ring; graduating itself from just being a “fun” game among friends . 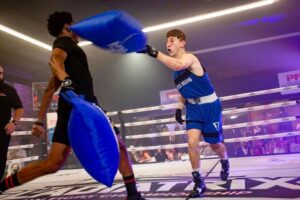 Pillow Fight Championship or the PFC is well set to hold its first-ever live, pay-per-view event in Florida, on the 29th of January.

Steve Williams is the man behind it all. He was the one who had the vision to take this “childhood horseplay” and turn it into a professional combat sport. According to Williams who is the CEO of PFC, “It’s not something where you sit there and laugh and feathers are flying. It’s serious. It’s hardcore swinging with specialized pillows.”

However, there is a smart difference between this new combat sport and MMA fights. Williams remarked, “The fighters don’t like to get hurt, and there’s a lot of people who don’t want to see the blood. They want to see good competition, they just don’t want to see the violence. You can call it an alternative sport, but we think it’s going to have mainstream appeal.” 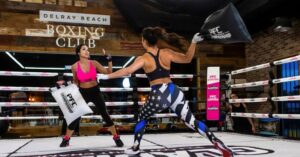 Despite most of the competitors competing in January’s event being from the bloodthirsty worlds of MMA and Boxing, the organizers are expecting some blood less fights in the competition. The fights will definitely bring back the memories of our childhood. In Williams’ view, most of the people of today had spent their childhoods bashing their siblings, their friends, and even their parents, with pillows. This will make the sport relatable for most, and this, Williams hopes, will help tap into a new audience.

Interested viewers can catch the live stream of the three-round bouts of “Pillow fighting” on the sports streaming platform FITE.