After a two-year absence due to the worldwide pandemic, Reykjavik Open Chess tournament returned to the sporting calendar this year. Held for the 36th time, the tournament saw quite a few Indian players participating. The 16-year-old Pragganandhaa remained unbeaten through the nine rounds and finished with wins over Matthieu Cornette (France) and Gukesh in the last two rounds. He accumulated a total of 7.5 points from nine rounds.

Praggnanandhaa also posted four other wins, including the one over American Abhimanyu Mishra, who last year became the then youngest Grandmaster at the age of 12 years and four months. 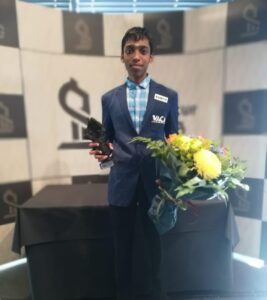 Praggnanandhaa had recently hogged the limelight after stunning world No.1 Magnus Carlsen in an online tournament.