UPDATES
Home / EXCLUSIVES / ACHIEVERS / Shafali Verma, the wonder teen who is shining brightly amidst the glory of Indian Cricket

Shafali Verma, the wonder teen who is shining brightly amidst the glory of Indian Cricket

Shafali Verma is the young sensation of Indian Cricket whose explosive batting in the ICC T20 Women’s World Cup 2020 has taken the world by storm. Cricket experts and fans are hailing Shafali as the next Indian superstar of Indian Women Cricket.

She is only 16 and had already surpassed a 30-year-old record held by none other than SachinTendulkar. Shafali Verma made history in November 2019 when at only 15 years and 285 days, she smashed 73 off 49 balls against West Indies, becoming the youngest Indian cricketer to score a half‑century in international cricket. 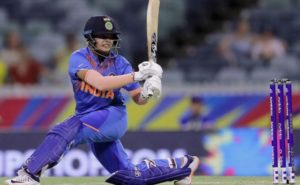 Shafali is playing brilliantly in the ICC T20 Women’s World Cup and based on her exploits India Women’s Cricket team has entered the semifinals with 100% win record. Shafali made a 15-ball 29 against Australia, 17-ball 39 against Bangladesh, 34-ball 46 against New Zealand and 34-ball 47 against Sri Lanka. She was adjudged the Player of the Match against Bangladesh and New Zealand. After receiving two consecutive Player of the Match award, Shafali told, “I practiced a lot with the boys and I want to thank my dad and all the boys at the practice who helped me train well in batting.”

GROWING UP YEARS OF SHAFALI VERMA

Though being conservative, Haryana has given birth to a number of champion in Indian sports. Shafali Verma is one of them. Facing gender-bias and fighting against it, Shafali grew up stronger and more determined to emerge as one of the youngest batting sensations of Indian Women Cricket. 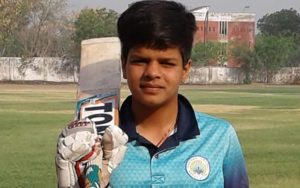 Shafali’s sparks were ignited when as a nine-year old girl she watched Sachin Tendulkar play his last domestic first-class match for Mumbai in a Ranji Trophy encounter at Lahli in Rohtak in 2013. Since then, Shafali Verma wanted to pursue Cricket. It was her father Sanjeev Verma who stood against all odds to be at the side of his daughter firmly. As a girl child, when Shafali was rejected from local cricket academies, it was her father who constantly supervised her practice.

And then situation unfolded in such a way that turned out to be her greatest opportunity. One day when Shafali’s brother, who also played Cricket, fell ill during a local tournament, Shafali made her father believe that she could play under his brother’s name. She, thus, cut her hair short to disguise herself as a boy to play in that tournament.

Shafali played under the name of Sahil Verma and won the Man of the Series award. Later the organisers complained to her father about the wrongdoing but by that time Shafali had proved her mettle.  She was spotted by Cricket coaches who picked her to play in the boys’ teams.

Shafali Verma played with boys during most of her growing up years. That helped her to bring more aggression to her game. In the Senior Women’s Interstate T20 tournament in 2018‑19, Shafali batted explosively throughout the tournament including an innings of 128 runs in 56 balls. She was selected for Velocity team in the Women’s T20 Challenge which was played alongside the Indian Premier League 2019. 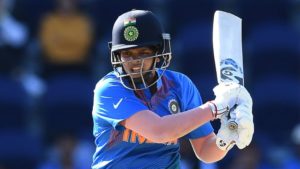 Shafali played with England’s World Cup-winning all-rounder Danielle Wyatt who called her the new superstar of Indian Cricket. Wyatt said, “She stood out for me in the nets from day one. When I heard she was only 15, I was like ‘wow’.”

Shafali Verma made her debut in the Indian Women Cricket Team against South-Africa in 2019 in five T20I match series. She has now formed a formidable opening partnership with Smriti Mandhana. The pair compiled India’s record T20 partnership of 143 against West Indies in November 2019.

Shafali’s success has started rolling in and perhaps the happiest man today is her father. Sanjeev Verma, who himself dreamt to become an Indian cricketer but failed to achieve that, has kept all his daughter’s cricket kits with him. The torn gloves and broken bats remind him of all the hardships she had undergone but that remembrance is the sweetest one for him. The 16-year old girl is standing tall today among all the shining stars of Indian Women Cricket.

Previous “Pickleball has given me hope to play for the country…….”
Next Gujarat Open Pickleball: Competitive brilliance and sporting essence