UPDATES
Home / EXCLUSIVES / BEYOND THE LIMITS / To him, Chess is a metaphor for life; Robert Katende transforms life through Chess

A civil engineer who grew up with essentially nothing, Robert Katende has an inspiring story. You may know him as the man behind the success of “Queen of Katwe,” Phiona Mutesi; but you might not know about his countless struggles while coming from a small slum in Uganda.

Education has always been the key for Robert Katende, which is why regardless of all the struggles, he ensured that he finished his education. After completing his education as a civil engineer, Robert was deployed at a far-away place in Uganda for an internship. Not being able to keep up with the expenses that come with living in a new place, he started volunteering with Sports Outreach Program and two years later, in 2002, he began working for the organization full time.

Robert played football for Miracle Football Club, Top TV F.C., and Sports Outreach Ambassadors. His ability to help young people with their football skills came easily. But space constrain forced him to search for an alternate sport for slum children. 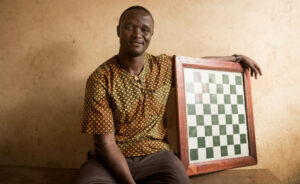 “I saw chess as a metaphor for life. I always give whatever I can give not because I have much but because I know what it means to have nothing. People thought Chess is only for educated people and those who come from rich family backgrounds.”

This is when he realized that he could use Chess as a platform to bring in change. He needed to have a one-on-one connection with the kids to make their mindset better. He tried to influence the children by telling them how Chess would also help them through the problems they face in their day-to-day life. 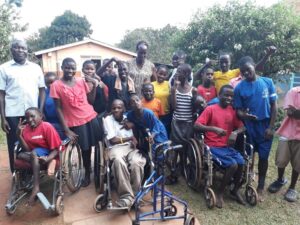 After introducing and developing Chess programs in the slums of Kampala, Nairobi, and in the internally displaced people’s camps in Uganda, Katende helped the young programme members achieve the skills needed to help their communities.

“I strongly believe that it is because of my childhood, I am able to do what I am doing. I know what it means to be poor and go days without a meal. That is what I grew up with, and it moved me. I knew I had to do something for my people, and that has always been my motivation.” 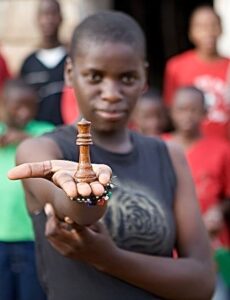 “Phiona came following her brother because her brother told her about what happened at our chess program. Phiona simply followed her brother to have a cup of porridge that we give to our students. This is why I think that Phiona found me and not the other way round.”

Robert was confident about his students’ capability. So he reached out to the Uganda Chess Federation to have the kids participate in the National Secondary School Chess Tournament after running the Chess program in Katwe for two years. He was rejected numerous times but he remained determined and they were ultimately given a slot as guest participants. They won several accolades in that competition.

Their consequential form at the National Secondary School Tournament completely perplexed the Uganda Chess Federation officials and participants. All the kids from Katwe came from disadvantaged backgrounds. They could not even afford meals on a daily basis. They were very young, but Chess was something where they were ahead of everyone else. The game of Chess allowed them to show their capabilities and prove that they were no less than anyone else. 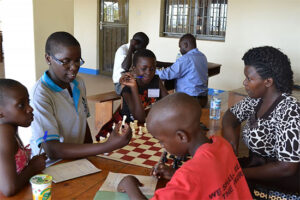 The Federation presented the Chairman position of the Chess in Schools Committee to Robert Katende. Later, he was made the Director of Development. Phiona graced the National Junior Chess Champion of Uganda. This was a title she held for three back-to-back years. 3 years later, the Katwe Chess players represented Uganda at the African Children’s International Chess Tournament held in Sudan.

“Initially, it was a tug of war, as people did not know what Chess is all about . Some of the local leaders thought that it is gambling. They used to say we do not need gambling. But because we used to provide meals and that made people want to send their kids. The people realized that Chess is big when I took the kids for their first tournament.”

In 2010, Phiona Muteshi qualified to represent her country at the World Chess Olympiad in Russia. She was just 14 years old. This is when ESPN, the sports network, wrote about Phiona and Robert’s accomplishments. After the ESPN article, the writer was incited to write a book to tell the story of a young chess champion, Phiona Mutesi and coach Robert Katende. The World Chess Federation acknowledged Robert’s work that used Chess as a medium of positive social impression for underprivileged children in the slums. 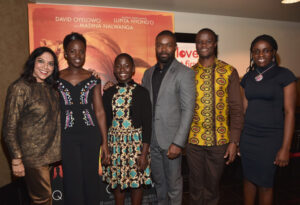 The impact of Robert’s works has now hit the international display with the Walt Disney Pictures movie, Queen of Katwe. It depicts the life of Phiona Mutesi and her rise from the slums to become a Chess champion. Robert Katende worked on the movie as a counsellor, helping in particular with the Chess scenes and acclaimed actor, David Oyelowo, who played Robert in the movie. 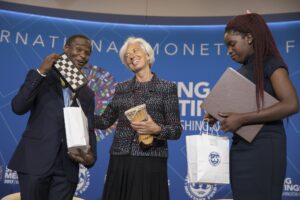 Robert has been to Rwanda, Kenya, and Cameroon where he has directed Chess courses for instructors.  He also travels the world encouraging others to unhitch their potential and has been invited as a speaker at the Women in the World Summit, Bill and Melinda Gates Foundation staff conference, Sports Outreach banquets. He is also a member of the American Speakers Bureau. 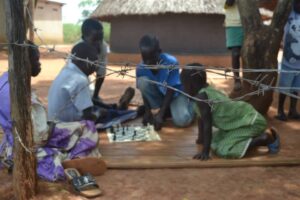 After the Covid-19 pandemic, Robert wants to visit countries to train them so they can manage the problems themselves. He plans on visiting countries that invite him and teach them the meaning of life through Chess and how the sport can help them overcome the problems they face day to day.

While the slums of Uganda face a lot of problems, Robert’s positive mindset feels that Uganda slums have the youngest population in the world. He aims to provide all the children a better lifestyle and a mindset through which they can solve their problems. With the poverty being passed on from generations, Robert also believes that all of it can be put to an end if the young generation is taught how to fight their day to day problems. 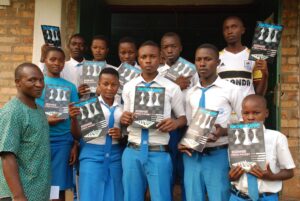 Robert Katende has lit the lamp in his Som Chess Academy. Let the light glow and ignite all aspirations into the children of hope.