The Asian Games 2022 that was scheduled to take place in Hangzhou in September have been postponed indefinitely as China battles a resurgence of COVID cases. 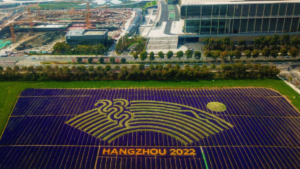 The host city of Hangzhou was poised to become the third city in China to host the Asian Games after Beijing in 1990 and Guangzhou in 2010. Some events were due to be held in other cities like Ningbo, Wenzhou, Huzhou, Shaoxing and Jinhua. The organisers had also confirmed that the construction of all venues and facilities for the Games had been completed in April.
But an air of uncertainty was hovering over Asian Games 2022 due to take place from September 10 to 25, 2022, ever since Shanghai came under a fresh wave of the pandemic. Hangzhou is only two hours away from Shanghai, which has endured a weeks-long lockdown as part of the ruling Communist Party’s zero-tolerance approach to the virus. 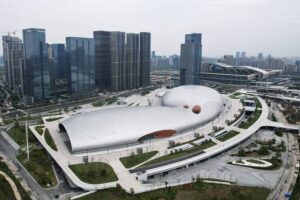 The Olympic Council of Asia, the governing body for the Asian Games, stated, “Following detailed discussions with the Chinese Olympic Committee (COC) and the Hangzhou Asian Games Organising Committee (HAGOC), the OCA Executive Board (EB) today decided to postpone the 19th Asian Games, which were scheduled to be held in Hangzhou, China, from 10 to 25 September 2022. The new dates of the 19th Asian Games will be agreed between the OCA, the COC and the HAGOC and announced in the near future.”
The OCA also announced that the 3rd Asian Youth Games, scheduled to be held in Shantou in December, have been cancelled. The World University Games 2021, to be held from June 26 to July 27 in Chengdu this year, have also been pushed to 2023.