India win against Sri Lanka, make it 4 out of 4 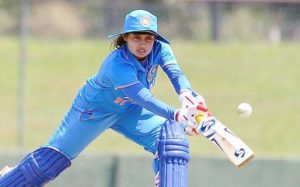 Indian women cricketers are in top form in their World Cup outing as they had a clinical victory against Sri Lanka in their 4th group match at County Ground in Derby. India, batting first, put up a good show with Mithali Raj showing her mettle once again. After missing her half-century against Pakistan in the last match, she scored 53 in the match to guide India to 232 for 8 . She was ably supported by Deepti Sharma who scored 78. In reply, Sri Lanka could not reach their target and India won by 16 runs. This is the first time India have won four consecutive matches in a single edition of Women’s World Cup.

Previous With every fall she rises; its out of the world story of Shital Mahajan
Next Tintu Luka carries the flag; Asian Athletics Champonship declared open

Football lovers in Kolkata could never forget 24 September 1977; the day when the King …