Hailing from Madurai district, in Tamil Nadu, L.  Natarajan is an extremely talented athlete who wants to become the coach of the national team of his favourite sport, Dueball.

L Nataranjan, who started playing Dueball in 2015, has played 3 important tournaments – the 2018 junior nationals in Rajasthan, the 2019 international in Maldives, and the 2019 senior Nationals in Punjab. According to him, Dueball is a game that really piqued his curiosity.

“While most games in India involve politics, Dueball does not”. 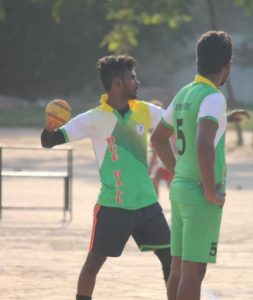 This is a significant statement for him, because he is also an adept Handball player, with performances at the Handball Nationals from the University of Madras. He wants Dueball to grow at the rural level so that new talents can be spotted.

“Special talents are available in our society. We just need to give them a good platform.”

L. Nataranjan is grateful towards Dr. Gopalakrishnan, Dueball State Secretary  and Mr. K. C. Thirumaran, Tamil Nadu president, who first introduced him to the sport. For him, the reason why everyone in the Dueball community is so strongly unified, is their deep attachment to the sport. Nataranjan believes that Dueball will be played in every country within the next ten years.

“I not only wish to learn for myself but also teach the larger community and take this forward throughout my life”. 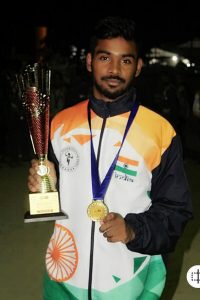 As more and more of the world’s population is getting hooked on Dueball, the whole nation can feel a bit more proud. Dueball is an indegenous sport of India, which has garnered a huge following, in a short time span. Nataranjan echoed this strong attraction that the youth of today are feeling, as he signed off saying,

“I also love this game. Dueball is my life.”

Previous “This Paralympics is very special to me; I want to win the event for my country”… Pramod Bhagat
Next 19 surgeries could not stop him; today Niranjan Mukundan is the proud representative of Indian Swimming in Tokyo Paralympics