The engaging and enthralling game of Dueball is attracting athletes from all different sports and Ananya Gupta is the perfect example of that fact. 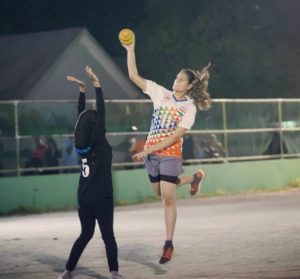 Ananya Gupta is a talented 20-year-old who is presently completing the final year of her graduation. She first started to play Dueball around 4 years back. She was already an accomplished athlete by then, having taken part in national level competitions and tournaments, in both Handball and Badminton. However, when she first got introduced to Dueball, she was completely hooked. Ananya, who has participated at the national level in Handball and Badminton, has fallen in love with this new sport, indigenous to India, that has taken the country by storm.

Since first playing the sport in 2017-2018, the “natural athlete” that she is, Gupta has already seen success in the game. She has participated in a couple of Junior Nationals and Senior Nationals, each. Her biggest achievement in the sport, until now, is arguably being a member of the squad that had played two internationals, held in the Maldives and Una Himachal, and won the gold medal on both occasions. 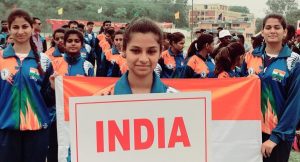 Ananya feels that the sport has already taught her a lot and that she is constantly learning. According to her:

“Dueball has taught me how to be a good team player. Moreover, since the sport has its ups and downs, successes and failures, endless challenges, obstacles, etc., you get to learn how to tackle similar situations in life. These are the factors that keep me attached to Dueball – something I believe can be played by people of all ages and all abilities.”

For Ananya Gupta, Dueball is already doing incredibly well and feels that arguably there isn’t anything to improve about the sport. She believes that the main factor that sets Dueball apart from other sports is also something that makes the game even more exciting:

“It is extremely necessary to observe your opponent(s) and tweak your own game in accordance with it. Dueball players need to build their plays, to break the opponents’ plays. Then they’ll get the ball more, thus scoring more, and in turn winning the game.”

Needless to say, Ananya is already in love with Dueball and wants to see it well recognised, and become one of the most popular sports around the world, in the next 10 years. In her own words, she would “definitely” want to remain associated with the sport even after he has retired:

“Keep practising, Never let anyone tell you’re too small or slow and you’ll be in the top.”

Previous “Even if it’s not exactly a podium finish, will maybe bring eyes to the sport”- Aditi Ashok
Next Going beyond the Neeraj Chopra show with reminiscence of behind the scene 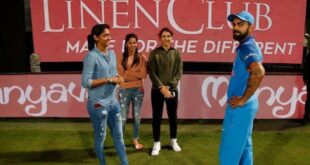 The Board of Control for Cricket (BCCI), in a historic move, ended the pay disparity …