When six-time world champion MC Mary Kom claimed the gold medal at 23rd President’s Cup in Indonesia, it was rejoiced by our nation. As the name of Mary spells magic now, her achievement did not go unnoticed. But in the same tournament there was another girl from North-East who also made India proud with her big win. Boxer Jamuna Boro won gold in an uneven 54kg category final in the event. 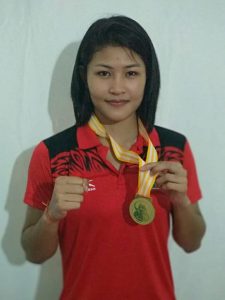 Jamuna is the latest find in Women’s Boxing in India. Having started her career as a Wushu player, she was spotted by Sports Authority of India (SAI) in 2009. She started Boxing, picked up the game quickly and began to compete in tournaments within three years. In 2013 she clinched her first international gold when she won the 2nd Nations Cup International Sub-Junior Girls Tournament in Serbia. Two years later, Boro won bronze medal at World Youth Boxing Championship in Taipei. In the meantime she has won several domestic medals and is continuing to do so. But what remains etched in the memory of Boxing lovers is when Jamuna Boro bagged the 54kg gold at India Open in May 2019.

It was an emotional moment for the whole Boro family at the Karmabir Nabin Chandra Bordoloi Indoor Stadium in Guwahati. It was the first time Jamuna’s mother saw her in the ring and she gifted her 5-0 win in the final bout against Sandhyarani Devi. The Boros travelled all the way from Dhekiajuli, about 130 km from Guwahati, to cheer for their daughter.

“It was for the first time they saw me in the ring and winning the gold medal in front of them was really special. I will cherish this forever.” 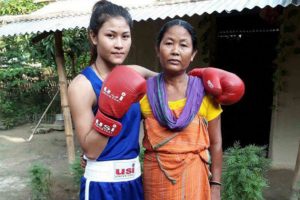 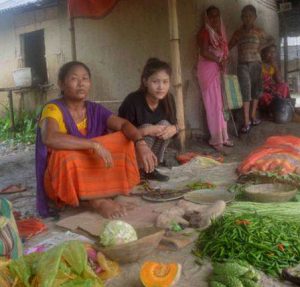 The moment was priceless for Jamuna because perhaps that was the day for which her mother was waiting for long. Jamuna who lost her father- Parshu Boro- when she was only 10, was raised up solely by her mother in a remote village at Belsiri in Sonitpur district of Assam. Nirmali Boro supported Jamuna and her siblings by selling vegetables. She battled financial and family problems to fuel her daughter’s sporting dreams.

“My mother spent days without food on many occasions but she always ensured that I never slept hungry. She would leave home very early to sell vegetables, leaving me with my sister. They have gone through a lot of hardships. Now it’s time to give it back.” 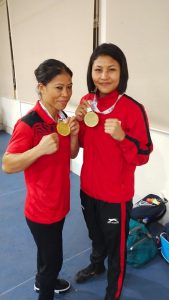 Jamuna, who serves Assam Rifles is building a house at Dhekiajuli to ease her mother. Jamuna is happy that her life has changed. Her mother does not sell vegetable now and her siblings are happily married. So Jamuna has much time to concentrate and work hard on her training to qualify for the Olympic Games 2020. She idolizes Mary Kom and keeps training with her. Apart from Mary, Shiva Thapa is another boxer who inspires Jamuna.

“They have achieved bigger success and Mary is my boxing idol. It’s a privilege to see myself along with them.”

Previous “Pickleball is a bundle of fun, fitness and pleasure…….”
Next “Pickleball serves me with a purpose everyday…….”