Praggnanandhaa beats Magnus Carlsen for the third time this year 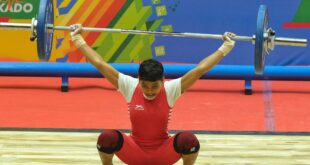 R Praggnanandhaa won against Magnus Carlsen for the third time this year but could only take second place in the final standings.

Indian Grandmaster R Praggnanandhaa drew the first two games against Magnus Carlsen but the World No 1 clinched the third one. Praggu came back by winning the fourth game Indian and pushed the match into the tie-breaks. He then won both the games in the tie-break.

However, despite the win, the 17-year old finished at the second place in the final standings. The Norwegian won on the basis of a higher score. He finished with 16 match points while Praggnanandhaa won 15 points.

Alireza Firouzja also finished on 15 points but had to settle for third place as he had lost the clash against Praggnanandhaa earlier.