Mariyappan Thangavelu had won the T42 gold at the 2016 Rio Games. He had cleared 1.89m to win the gold back then, but could not clear the 1.86m mark, this time round and settled for silver. 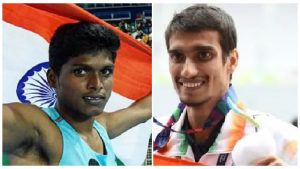 Both Sharad Kumar and Mariyappan Thangavelu were able to go past 1.73m and 1.77m in their maiden attempts, respectively. The other Indian high jumper, Varun Bhati, was unable to go past the 1.80m mark. He ended up 7th on the list with a best effort of 1.77m. Kumar ended up securing third place with a 1.83m effort which is his season-best effort. Mariyappan’s 1.86m jump was his season-best performance as well. American Sam Grewe bagged the top spot on the podium with a 1.88m effort in his third attempt. 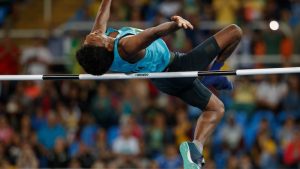 Hailing from the Salem district in Tamil Nadu, Mariyappan had suffered permanent disability at the very young age of five, after his right leg got crushed under a bus, below his knee. For a long time he worked as a newspaper hawker to provide for his family and sustain his sporting dreams, when he was trying to start his career. Last year, the 25-year-old was conferred the Khel Ratna, India’s highest sporting award. 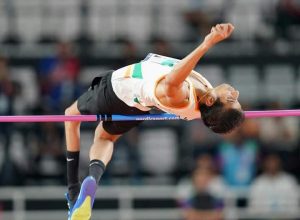 Born on 1st March, 1992, Sharad Kumar was diagnosed with polio when he was 2-years-old and that is the cause for his impairment. Polio caused paralysis in his left leg. He took to the sport of High Jump in 2005, at the St. Paul’s School in Darjeeling. His brother was his biggest inspiration – “My brother motivated me to be a high jumper. I broke all his records at school and it gave me the confidence to take the sport seriously. After St. Paul’s, I started training myself to be part of the national Paralympic team in Delhi“, Kumar has said.