“We need to spread our rural sports to various strata of the society…..” BHUPENDRA KISAN K BHARAT

The age-old Indian game that has entertained the common people through ages is Gilli Danda. Popular in rural and semi-urban region, this sport is mainly played in India and its neighbouring countries. But it is also played in some other Asian countries in different formats. In Cambodia and Philippines this sport is played in the form of Syatong. People in Malayasia play an identical game known as Konda Kondi. Even, in European and American nations, Gilli Danda has grabbed the attention too. As in England Tip-cat is very close to it and dates back to 17th century, in Italy it is known as Lippa and in Poland it comes with the name of Klipa. People in North America call this exciting game as Pee Wee. However, there are no set guidelines for the game. Different people play the game according to their own rules. So, an organization has been set up to bring uniformity in the game. Gilli Danda International Federation has been registered in 2016 with the motive to bring professionalism to this sport in different countries that play it.

Recently Master B K Bharat, Secretary- Gilli Danda International Federation, had a conversation with us from its head office located in Noida, Uttar Pradesh.

It is believed that in India Gilli Danda had evolved some 2000-2500 years ago. We can say that it is one of the most original sports of India. Simultaneously, it was popular in European countries like England and Italy. Pakistan, Bangladesh, Sri Lanka, Nepal also play this sport. So, we thought that why not form an organization that can promote the sport from grass root level to international arena. Thus, International Federation was formed. 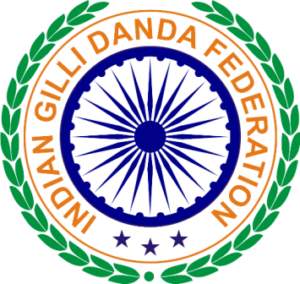 Indians never had a proper perception of Gilli Danda. We need to spread this sport to various strata of society. So, first and foremost, we are working on a set of uniform rules with representatives from different states and South Asian countries. We have almost drafted the rulebook and hopefully by July 2017 we will announce it in a seminar. Next priority is to organize state-wise tournaments and also some national events. We are trying to include Gilli Danda in 4th Ambedkar National Games. If it is included there then it would be our first step towards participations in bigger tournaments.

There are teams in different states. We have representatives there who choose players from villages and towns. Also there are players who themselves approach us and after testing them we include them in the team. 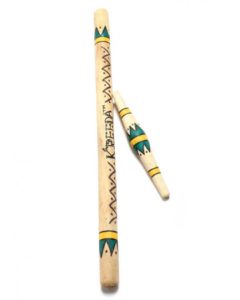 As I had said, it is under drafting process. Still I can say that there is a basic structure of the game. The Danda is 15-18 inches long while the Gilli is 4-6 inches long. As per the scoring system goes, the striker is out if an opponent fielder catches the Gilli in air. The striker can also be out if he fails to hit the Gilli thrice consecutively. We are working on this scoring system and also on the time span of the game.

Previous Nadal clinches French Open, wins it for a record 10 times
Next Bolt runs his final 100m race at home in 10.03, wins it