After a string of poor results in the ongoing ISL, ATK Mohun Bagan released Antonio Habas from the duty of the club’s head coach. The merged club formed by Mohun Bagan and Atletico de Kolkata, have now appointed Juan Ferrando as their head coach.  “New era begins. Welcome to ATK Mohun Bagan,” a club statement revealed. 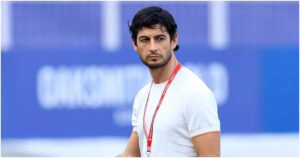 Ferrando, who was the coach of ISL side FC Goa, triggered a release clause in his contract that made his transition smooth to ATK Mohun Bagan. FC Goa president and co-owner Akshay Tandon confirmed the development through his social media handle-

“With disappointment I’d like to confirm that Juan FerrandoF has triggered his release clause, obliging us to release him of his duties so that he can join atkmohunbaganfc. As long the money gets deposited in our accounts, we do not have a choice in his decision.”

In Ferrando’s absence, Clifford Miranda, their assistant coach, will take over as interim coach of FC Goa.