UPDATES
Home / EXCLUSIVES / ‘Babe’ Didrikson Zaharias: an extraordinary Track and Field Olympian who excelled in Golf and was proficient in a handful of other sports as well

‘Babe’ Didrikson Zaharias: an extraordinary Track and Field Olympian who excelled in Golf and was proficient in a handful of other sports as well 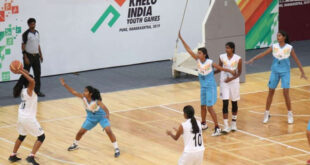 Sometimes regarded as one of the greatest athletes ever to have lived, ‘Babe’ Didrikson Zaharias, byname of Mildred Ella Zaharias, holds more records and medals than any other 20th-century athlete.

Mildred Ella Didrikson achieved particular success in Basketball, Baseball and Track and Field. However, she is most widely known because of her exploits in Golf. Mildred won 2 gold medals in a single edition of the Olympic Games. From 1932 to 1954 she was honoured with the title, Associated Press Female Athlete of the Year six times. In 1950 she held the title of Female Athlete of the Half-Century by Associated Press. 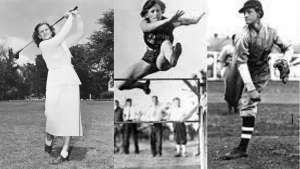 Often referred to as Babe Didrikson, Mildred claimed that she was born in 1914, before several sources indicated that she was actually born on June 26, 1911, at Port Arthur in Texas. From quite early in life, Didrikson was well-known as an exuberant tomboy, who loved to take part in Athletics. Besides, be it Basketball or Boxing, Swimming or Skating, Bowling or Billiards, Golf or Cycling, she was very good at everything; she was truly a Natural Athlete.

When once asked whether there was anything that she could not play, her answer was “Yeah, dolls“. That was Mildred Ella Didrikson.

Fortunately for Didrikson, she knew quite early on exactly what she wanted to do in life. “My goal was to be the greatest athlete who ever lived,” she once told in an interview to ESPN. 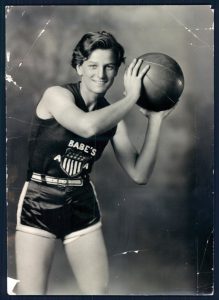 Didrikson was an exceptional Baseball player who had hit 5 home runs in a childhood game and acquired the nickname Babe in her teen years, in reference to professional American Baseball player of that time, Babe Ruth. She would go on to drop out of high school to devote all her time to pursue a career in sports.

Didrikson was an esteemed member of the Women’s All-America Basketball Team, from 1930 to 1932. Within that same time frame, the unbelievable athlete would also win eight events and tie a ninth at the National Championship Competition in Track and Field. Her incredible competitive and brash confidence, which she was famous for, was on full display in the 1932 Women’s Amateur Athletic Association (AAU) Championship. Didrikson competed on her own as a team and bagged six individual events and even the team title, after scoring 30 points, 8 more than the second-placed 20-member team from the Illinois Athletic Club.

The 1932 Olympics and the fight after 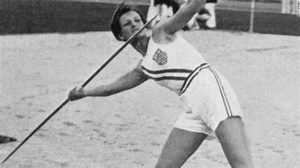 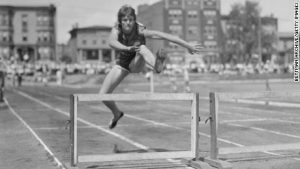 Arguably, her most notable achievement that brought her international fame overnight was her incredible display at the 1932 Los Angeles Olympic Games. She bagged 2 gold medals in the Olympics, one in the 80-metre Hurdles (11.7 seconds) and the other in the Javelin Throw competition (143 feet, 4 inches), setting world records in both. In High Jump, Didrikson recorded the highest jump and set a new world record (5-foot-5+), but she was denied a gold medal as she had used the ‘unorthodox’ Western roll in her attempt. According to the rule which denied her third gold, her head could not clear the bar before the rest of her body did. However, the rule does not exist anymore.

Though she received a huge amount of national and international attention instantly, not all were very appreciative. She was competing when female athletes were rather encouraged not to compete in sports, and Didrikson faced a huge amount of sexism, which included claims that she was actually a man.  Joe Williams in the New York World-Telegram, wrote, “It would be much better if she and her ilk stayed at home, got themselves prettied up and waited for the phone to ring,“.

However, the 5-foot-5 muscular, yet never heavy, “Babe”, was never deterred, and enthralled everyone with her jaw-dropping performances. Grantland Rice, the famed sportswriter wrote, “She is beyond all belief until you see her perform. Then you finally understand that you are looking at the most flawless section of muscle harmony, of complete mental and physical coordination, the world of sport has ever seen.”

While still basking in her Olympic glory, Didrikson tried her hands at Golf almost casually in 1932. And unsurprisingly, there also she excelled. She won the Texas Women’s Amateur in 1935. Since she had already competed professionally in other sports, the U.S. Golf Association announced a ruling that “for the best interest of the game,” Didrikson would not be considered an amateur.

Didrikson met George Zaharias on the Golf course of Los Angeles Open in 1938. A gregarious 235-pound wrestler, Zaharis was earning a fortune as a stock villain in Cripple Creek. The two of them tied the knot only 11 months later and Babe changed her name to Babe Didrikson Zaharias. 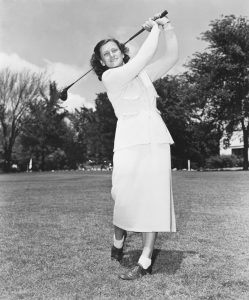 In 1943, Babe reclaimed her amateur status and started to dominate the Amateur Golf circuit. She won the U.S. Women’s Amateur Tournament in 1946. She turned pro the next summer, in 1947, after going on an incredible winning streak of 17, out of 18 tournaments in total. Arguably, the most notable of these wins was winning the British Ladies Amateur Championship, as she was the first-ever American holder of the title. In 1948 Babe bagged her U.S. Women’s Open Title and lifted that same trophy, two years later. However, she also won the World Championship and the All-American Open in 1948.

In 1950, the Ladies Professional Golf Association was founded with a lot of contribution from Babe Didrikson Zaharia, who also turned into the tournament’s star competitor. Along with attracting a whole lot of interest towards the women’s game, she also revolutionized the sport of Golf and will forever be known for her unmistakable Golf Swing and powerful drives.

Babe was perhaps the only athlete who introduced a tournament named after her and also became a competitor in it. Soon after taking home the maiden Babe Zaharias Open title, in April 1953, Babe was diagnosed with colon cancer. She underwent surgery in the same year when surgeons removed her tumour. However, the disease had spread to her lymph nodes, which were inoperable.

Fourteen weeks after the surgery, an indomitable Babe competed in a tournament. The following year she went on to record arguably the greatest comeback, in the history of Golf, the world has seen. She won her third U.S. Women’s Open title, by an awe-inspiring 12 strokes, on her way to 5 separate individual titles, along with winning the AP Female Athlete of the Year award for the 6th time.

It comes to a close

1955 was the year that Babe Didrikson Zaharias would win her last two tournaments and also be the last time she would ever step out onto the field.

Her autobiography, This Life I’ve Led, came out in 1955. She fought valiantly against the deadly disease for many months. She had always been confident almost to her end, that she would win the battle against death as well. Unfortunately, on the 27th of September, 1956, aged 42 years, Babe Didrikson Zaharias breathed her last, bringing an end to an illustrious and almost unbelievable career in all respects. In 2021, she was posthumously awarded the Presidential Medal of Freedom. She will forever be one of the most incredible athletes to ever walk the face of the earth.

Previous Dueball starlet, Pankaj Bhardwaj, reflects on why he loves the sport and how it will surely become popular
Next Sushila Chanu- From ticket collector to Tokyo Olympics; an M S Dhoni tale in Indian Hockey