Dueball, the game that has gripped the Indian nation and is spreading like wildfire, has promising young athletes like Devata Uday Naik. The young athlete from Goa, swears by Dueball and wants it to reach the heights that she can envision it reaching. 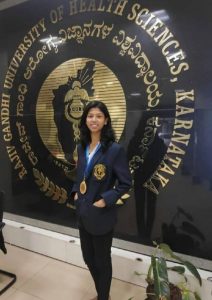 A student of physiotherapy, Devata Naik has been passionate about sports from quite a young age. She started playing sports properly when she was just 9 years old. As for Dueball, it’s been seven years since Devata first got introduced to the sport, back in 2014.

However, in this short span of time Devata Naik has already competed in 3 state competitions, along with 5 Nationals, and 1 International tournament. “It is easy to play. At the same it challenges our fitness abilities,” – that is Devata’s view on why Dueball is so engaging. This high praise is really encouraging for Dueball, because she also plays a host of other sports including, Baseball, Throwball, Tennikoit, Kho Kho, Kabaddi, Softball, etc.

In her own words, despite there being multiple factors which attract him towards the sport, it’s her team and her first coach Sadik Beig, that really keeps her hooked to Dueball. “Yes definitely!” – pat came the reply when Naik was asked whether she wants to be associated with Dueball even after her playing days come to a close. 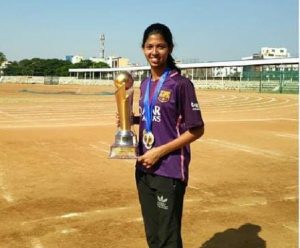 Devata Naik, the highest scorer at 4the Senior National believes that there are no necessary on-field improvements required in Dueball. It is perfect the way it is. The only issue about Dueball, is the sport’s social recognition. “Every person should know what Dueball is,” Naik was quoted as saying. In the next 10 years she wants Dueball to achieve worldwide recognition, and be added as an official Olympic sport.

Dueball has already garnered a substantial amount of international recognition with multiple countries already playing the sport and competing in international tournaments. It has been completely conceptualised and created in India. It’s a game that India can call it’s own. It undoubtedly has a long way to go, but Indians can be proud of the journey it has already completed in a short span of time. It’s like as Devata Naik says, “Start thinking, make this shot count. Instead of, ‘don’t miss this shot’.“