India needs more stories like Divesh Rana’s, where a wide-eyed youngster took to Golf because his school in Faridabad, Haryana, offered it as part of the curriculum. 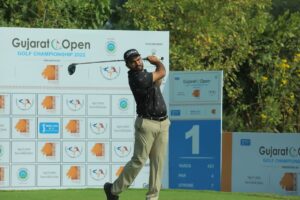 Looking back to his early days in school, Divesh Rana, a pro in his second season on the Professional Golf Tour of India (PGTI), terms that phase as critical building blocks. More than Divesh’s pursuit, it was elder brother Rohit’s passion for Cricket that held sway in the household as he was a state-level cricketer looking to make the next grade.

Impressionable at that age, Divesh decided to accompany the elder sibling to the Cricket Academy where he practiced. Those visits meant Divesh was off Golf for a year but was a reality check on the darker side of the country’s No 1 sport.

Politics scoring over merit in team selection, and Rohit being a victim, was an eye-opener, and with some prodding from father that pursuing an individual sport was a better choice, Divesh Rana was back at the short practice range of his school. Soon, Divesh was the only one hitting balls at the 70-yard range as the handful of other kids dropped out after the initial excitement dried. 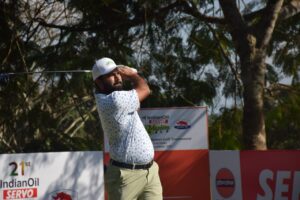 That was a turning point no doubt, but it was not as if Divesh was done with making tough choices. The sport he chose to go back to had plenty of trials in store. Among the instances are Divesh doubting himself while competing on the national amateur tour. Those weeks in Bengaluru and Ahmedabad are best forgotten save for the lessons, and it was father who was a bedrock of support. “I want to see at least one of my sons become a sportsman,” reminisces Divesh. “You keep working hard, I’m with you.” 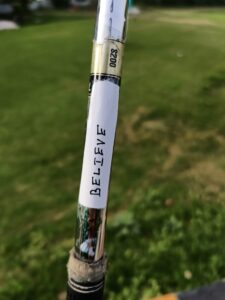 Those words still resonate and helped Divesh post a win in Digboi soon after those setbacks, and make the leap of faith from the amateur to pro ranks in 2020. He terms the short stint on PGTI as below-par and attributes it to “silly mistakes”. This season, the errors have come down and reflect in his best finish (13) in Bangladesh.

As he finds his feet among the big boys of Indian Golf, Divesh Rana has developed mechanisms to keep going when the chips are down. Of course, the family is with him, but there are plenty of moments when it is the athlete and his thoughts. For those moments of solitude, especially during practice at Aravalli Golf Club, Divesh has ‘BELIEVE’ taped on all his clubs.

Faith is what has got him this far, and hope floats that the future has glad tidings for this lone ranger from Faridabad.

The exclusive news portal on Indian Golf that goes beyond mundane news and views.
Previous With Avinash Sable at Colorado Springs during his workout session before the Eugene World Athletics Championships
Next Biomechanics in Sport- understanding, application and effect on athletes’ performance