A goalless draw against arch rivals Brazil secured a place for Argentina in the 2022 FIFA World Cup, to be held in Qatar. Lionel Messi will get a fifth, and possibly the last attempt to win the World Cup.

Second-placed Argentina booked a berth in the World Cup after their goalless draw against Brazil. Their road became smooth when Chile suffered a 2-0 loss at home at the hands of third-placed Ecuador. Argentina now sits pretty with 29 points and four qualifiers remaining. 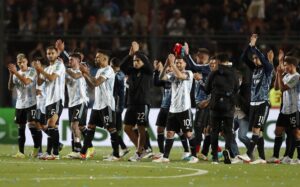 Competition leaders Brazil had already secured the first South American direct entry spot from the four available for Qatar 2022. The team that finishes fifth will go into an intercontinental playoff for a berth in Qatar. Brazil, with 35 points, is 6 ahead of Argentina. Both of them have played 13 matches, one less than scheduled owing to their encounter in September being suspended after 7 minutes, as Brazilian officials belatedly enforced COVID-19 restrictions. FIFA has not yet come to a decision as to what is to be done about that match.

Ecuador is well established in third place with 23 points. After that, apart from Venezuela in the bottom position, there are a host of teams who can qualify. Colombia and Peru both sit on 17 points each, and Chile lies 6th with 16 points, just surpassing Uruguay, thanks to a superior goal difference. Bolivia is placed 8th with 15 points, and even Paraguay, with 13 points, cannot be ruled out.

Argentina and Brazil played out a tense encounter, where chances were very hard to come by. Messi put up an extremely uncharacteristic low-key performance, while on the other team Neymar was absent due to injury. Both goalkeepers, Emiliano Martinez of Argentina and Alisson of Brazil, were almost spectators for the majority of the 90 minutes. Messi, who has just recovered from a knee injury, played the whole match, and later said he felt well on the pitch. Last week, he had only been on the pitch for 15 minutes in Argentina’s 1-0 win over Uruguay, in order to recover and face Brazil. 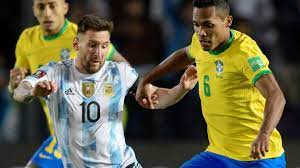 “It is not easy to play with the pace that this match demanded,” Messi said after the match.

In the 35th minute, Nicolas Otamendi’s elbow connected with Raphinha’s mouth, which started bleeding. Raphinha had to get five stitches during the break. The incident sparked severe controversy with there being no video review of the move. Brazil coach Tite was visibly upset with Uruguayan referee Andres Cunha, along with the video assistant referees about the incident. According to Tite, it was “simply impossible” not to see Otamendi’s elbow on Raphinha.

In the other camp, Scaloni focused more on his team securing direct entry to the World Cup, than the match. Argentina have had a string of successes under him this year. They won the Copa America, qualified for the World Cup, and are still on an unbeaten streak. They have registered 17 wins and 10 draws since their semi final encounter against Brazil, at the 2019 Copa America. The Argentinians will need to carry this thick vein of form into the World Cup next year, for Messi to have a good chance of lifting the title.

Messi will be 35 in June next year. While it is unfortunate, it is highly unlikely that he will be able to participate in another edition of the World Cup. He still lacks this one last feather in his cap. If he does manage to lead his team to victory, it will be a fairy tale end to an unbelievable career that has spanned for over 17 years already.