UPDATES
Home / TRENDING / LATEST / India gets its 21st Woman Grandmaster; but isn’t it still a gender disparity packaged as a title?

India gets its 21st Woman Grandmaster; but isn’t it still a gender disparity packaged as a title? 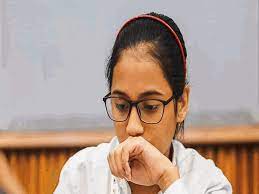 Divya Deshmukh became the country’s youngest Women Grandmaster after she got her 2nd International Master (IM) at First Saturday Grand Master (GM) in Budapest. In a total of nine rounds, she scored five points to end up with a performance rating of 2452 and clinched her final WGM norm.

After achieving the incredible feat, Divya posted on Twitter,

“Played OTB chess after almost 2 years yet didn’t feel like anything changed at all. The intense atmosphere, the vibe, the anxiety during time crunches, the nervousness, the great games, and just about everything. Missed every bit of this and I’m so glad to be playing again”.

The title of Woman Grandmaster, aka, WGM, is one of the official titles that FIDE (the International Chess Federation) awards exclusively to female Chess players. In fact, India has 20 other WGMs since 2001. Subbaraman Vijayalakshmi became the first-ever Woman Grandmaster of India. Later, 18-year-old R.Vaishali, who has 2 IM Norms along with a GM norm, 4-time National Women’s Premier title holder Padmini Rout, and a host of others also clinched the acclaimed title. The most noted of the women’s Chess player in India is Koneru Humpy. In 2002, at 15 years one month and 27 days, she became the world’s youngest woman ever to become a Grandmaster (not just Women Grandmaster).

However, the gender bias in Chess is yet to be a thing of the past. It is indisputable that the argument regarding the gender gap is mainly due to fewer female Chess players globally. Former World Championship challenger Nigel Short’s comment that men are ‘hardwired’ for playing chess, raised a huge uproar in the United Kingdom. He was more of the opinion that women generally avoid taking risk in the game that makes them less competitive. 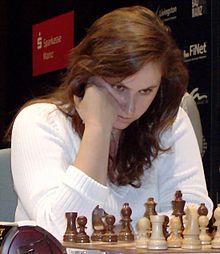 The perfect answer to Short’s comment can be summed up from Judit Polgár’s performance as a women Chess players.  Considered to be the strongest female player of all time, Polgár is the only woman to ever have held a rank in the top ten of the world. When she retired in 2015, she said,

“We are capable of the same fight as any man. It’s not a matter of gender, it’s a matter of being smart.”

Despite her success, the world Chess community is quite biased towards female players. American Bobby Fischer had only famously labelled women as “terrible chess players”. In a 1989 issue of the Playboy Magazine, former World Champion Gary Kasparov had been quoted as saying, “there is real chess and women’s chess”. This type of comments brings in a sense of inferiority among women players, a phenomenon called “stereotype threat”. This occurs when a group starts believing that individuals in their group fare worse.

There have been experiments conducted to test out this theory. In one such study, researchers pitted a bunch of chess players against each other, online. The only catch was their identities were kept secret. Without knowing the identity of their opponents, the two genders performed almost completely equally. However, when they again played each other after the sex of their opponents were known, female players fared visibly worse against male opponents and better against female opponents.

Amongst all this, fortunately, there has been a considerable increase in the percentage of  women player in the last two decades. Back in 2001, the female Chess players comprised only 6% of the entire population of internationally rated players. But by 2020, this percentage increased to more than 15%.

Attitudes regarding female chess players are gradually starting to change, too. Kasparov, had to face loss at the hands of Polgár in 2002. After the match Kasparov was asked questions about his past opinions regarding women’s Chess. He replied saying, “I don’t believe that now.” World champion Magnus Carlsen’s recent words have been met with a lot of support from the global Chess community – “Chess societies have not been very kind to women and girls over the years. Certainly, there needs to be a bit of a change in culture.” Only time will tell how long it will take for the gender gap in Chess to actually die down.

Previous Beijing Winter Olympics to be held under strictest COVID-19 safety rules
Next ‘Messing’ with the ‘Tradition’ of the sport, T20 Cricket takes blistering steps into its 7th World Cup