UPDATES
Home / EXCLUSIVES / Sir Frank Williams- A life simply extraordinary, will forever be remembered as the ‘boss’ of F1

Sir Frank Williams- A life simply extraordinary, will forever be remembered as the ‘boss’ of F1

Sir Frank Williams, the founder as well as the former team principal of Williams Racing, has passed away, at the age of 79. 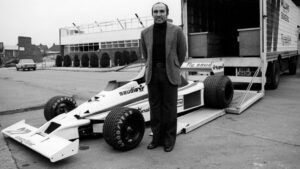 Frank Williams took his Motor Racing team from just an ’empty carpet warehouse’ to the heights of Formula One Racing. Holding the record of being the longest-serving team boss in the history of Formula 1, Sir Williams witnessed 114 victories and a total of 16 drivers’ and constructors’ world championships of Williams Racing.

“After being admitted into hospital , Sir Frank passed away peacefully this morning surrounded by his family. “Today we pay tribute to our much loved and inspirational figurehead. Frank will be sorely missed. We request that all friends and colleagues respect the Williams family’s wishes for privacy at this time,” Williams Racing made a statement after his demise.

Sir Frank Williams suffered a horrific car crash in France in 1986, for which he had to endure a devastating set of injuries. Such was the extent of the injuries that doctors, at one point, considered turning off his life-support machine. However, his wife gave the order that her husband must be kept alive. It was the sheer determination and courage, very characteristic of his career, that enabled him to continue with the love of his life, albeit while being restricted to a wheelchair.

Frank Williams would continue in his role as the Williams Team principal for 34 years more. He started reducing his workload in F1 in 2012 after which his daughter Claire took over as the family representative and was later appointed Deputy Team Principal looking after the day-to-day running. But in August 2021, the Briton and his family decided to sell F1′s greatest family team to an American investment group.

Francis Owen Garbett Williams hailing from South Shields, England, was born on April 16, 1942 to an RAF officer and a headmistress. He received his education at St Joseph’s College, a private boarding school in Dumfries where his life-long obsession with cars actually began once he rode a Jaguar XK150. 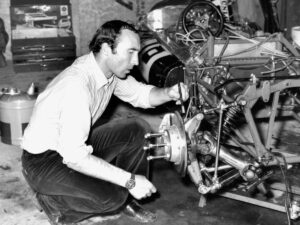 A traveling salesman by day, Williams launched Frank Williams Racing Cars, his own team, at just 24 years of age. After a span of four years, they competed in Formula Two. Then with his closest friend Piers Courage, Williams finally graduated to F1 in 1969, using a second-hand Brabham.

Things seemed to be going well. Unfortunately, disaster struck the Williams team at the 1970 Dutch Grand Prix. Piers Courage went off the track during the race, one of his front wheels hit his helmet, and his car burst into flames. Frank Williams was utterly shaken by Courage’s demise. He lost his focus, began to lose races and was broke in tje next five years. With his debts spiralling out of control, Williams reluctantly had to sell off 60% of his team to Walter Wolf in 1975.

But Williams simply could not accept being a back-seat driver. Desperate for his independence, he severed ties with Walter Wolf and decided to use an old carpet warehouse in Didcot, Oxfordshire as his base. He signed a promising young engineer named Patrick Head. He managed to secure Saudi Arabian funding for his team as well, and then hired Australian driver Alan Jones, to turn Williams Grand Prix Engineering into a force to be reckoned with. 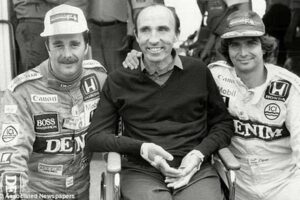 Unfortunately, this happiness did not last for long. Tragedy struck again in 1986, which would change Williams’ life forever. After a test at the Paul Ricard circuit in March, Williams took off on a 98-mile dash to the Nice Airport in a Ford Sierra he had rented. While driving through those windy roads at speed, Williams lost control of his car, which ended up on its roof, at the end of a 2.5-metre drop into a field. Williams suffered a spinal fracture that would render him incapable of moving without a wheelchair for the rest of his life.

In spite of his life-changing injuries, Williams returned to take charge of his team within nine months. The following 11 years held in store five further drivers’ championships, including those for Nigel Mansell and Damon Hill, and seven constructors’ titles, for Williams Racing.

As things were looking up there would be yet more heartache for Williams, as Ayrton Senna lost his life in just Senna’s third race for Williams at the 1994 San Marino Grand Prix. Sadly for him, his team was never able to replicate their peak results from back in the 1980s and 1990s. He lost his wife Virginia in 2013, and that is also the year in which he stepped back and allowed his daughter Claire to assume the day-to-day running of the team.

Despite fighting off pneumonia in 2016, Williams was an irregular fixture in the paddock for several years. Finally, at the Italian Grand Prix in Monza, their historic sporting chapter ultimately came to a close when the Williams family competed in their 739th and concluding race after the team was sold off to Dorilton Capital.

Defending F1 World Champion Lewis Hamilton wrote in a tweet, “Sir Frank Williams was one of the kindest people I had the pleasure of meeting in this sport. What he achieved is something truly special. Until his last days I know he remained a racer and a fighter at heart. His legacy will live on forever.”