20-year old Lakshya Sen claimed his maiden world championships medal with a bronze in Spain in December 2021. Just a month later, he claimed his first Super 500 title by a fine performance to outshine the newly-crowned world champion, Loh Kean Yew 24-22 21-17 in the summit clash. 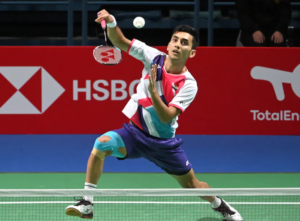 Lakshya, born in Almora, belonged to a family of shuttlers. Lakshya’s father D K Sen is a Badminton coach and his elder brother Chirag Sen became a national ranker in under-13 age group and presently represents India in international level. But it was Lakshya’s grandfather who took his young grandson along with him to the court when he went to play.

Lakshya had a remarkable junior career. In 2017, he became the number one junior singles player in BWF World Junior ranking. He emerged as the champion at the Asian Junior Championship by defeating the then World No. 1 Kunlavut Vitidsarn in the final. In 2018 Summer Youth Olympic Games, Lakshya won the silver medal in Badminton singles.

After a highly successful performance at junior circuit, Lakshya Sen rose to senior level. He clinched his maiden BWF  Super 100 tournament- Dutch Open- after beating Yusuke Onodera of Japan. He also won the India International series, the Scottish Open and snatched the Saarlorlux Open in Germany. In 2021, Lakshya made it to the quarterfinals of the All England Championships.

Previous COVID disrupts sports yet again; Khelo India Youth Games is the latest to be postponed for the surge
Next India unable to field team in AFC Women’s Asian Cup due to COVID outbreak in the team