Viktor Saneyev was a champion in Triple Jump who won four Olympic medals; three golds and one silver. The World Athletics announced that Viktor Saneyev has passed away at the age of 76.

Viktor Saneyev, who was born in Georgia, on the 3rd of October, 1945, completed his 3 gold medal-winning campaigns, at 3 successive editions of the Olympic Games. The first of his treble of winning campaigns came in Mexico City (1968). Then he went on to win again in Munich (1972), before completing his “hat-trick” of gold medals in Montrea l(1976). 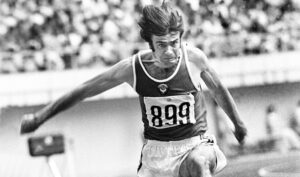 All three times he would turn out in the colours of the Soviet Union. He also added an Olympic silver medal to his kitty, four years later in Moscow. In 1969 and 1974, Saneyev clinched the two European titles of his career, making his already-sprawling medal cabinet just a little more bigger.

In his debut Olympics, Viktor was only 23. In the qualifiers, Italian Giuseppe Gentile set a new World Record with a leap of 17.10m, which he bettered himself, with a 17.22m jump in the first round of the Mexico City finals. Saneyev would then go a centimetre further in the third round, prior to Brazilian Nelson Prudencio responding in the fifth round, with a commendable leap of 17.27m. But, Saneyev was not someone who was ready to give up. He was there to win, and he bettered his score by 16 centimetres more, to secure the top spot on the podium.and made a serious statement in his maiden campaign. He clinched the gold medal with a 17.39m, which also became the new World Record at the time. 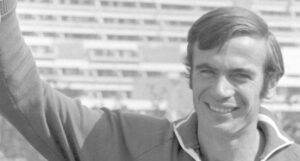 A year after that, Saneyev clinched his first-ever European title in Athens. Then he returned to the Munich Games in 1972 to defend his Olympic title, and did so successfully with his best attempt of 17.35m. In 1971, Saneyev had to concede the world record to Pedro Perez Duenas, but he got his mantle back post his second Olympic victory, when he leapt an amazing 17.44m, in Sukhumi, the following month. That Track and Field World Record of his would stand for the next three years.

Having defended his European title in 1974, Saneyev went on to secure his third Olympic title, in a row, in the 1976 Montreal Games. Unfortunately, despite trying his best, Saneyev could not make it four in a row, at the Moscow Games. In 1980, a 34-year-old Saneyev, came agonisingly close to his fourth Olympic gold, with a leap of 17.24m, just 11 centimetres less than Jaak Uudmae’s winning jump.

After the 1980 Games, the six-time European indoor champion, took retirement from competitive athletics. He would later be seen working for the club Dynamo Tbilisi. He was also a coach in Australia.

Previous Arif Khan becomes the first Indian to qualify for two events in a single edition of Winter Olympics
Next For Kartik Sharma, the transition from Tennis to Golf paid off