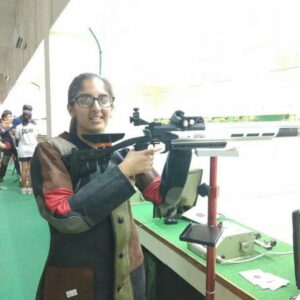 Bandhvi Singh was in the midst of the National Shooting Championship in Bhopal when General Bipin Rawat and his wife Madhulika Rawat lost their life in a tragic chopper crash near Conoor. The news was conveyed to Bandhvi a day later, as the participants are kept away from any electronic gadget during the Shooting Championship. It was deeply disheartening for Bandhvi as she was quite close to her aunt and uncle. But she stayed steady, focussed on her job and won 11 gold medals in the Championship.

Bandhvi Singh is a regular member of MP Shooting Academy. She was a school champion in both Shooting and Swimming but decided to focus on Shooting. Just some hours later after she was crowned the national champion in .22 calibre, 50 m category, she rushed to Delhi to attend the funeral of General Rawat and his wife. 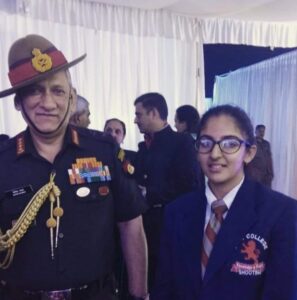 Bandhavi remembered her uncle as soft spoken but was highly inspirational during his conversations. She last met them in October 2021 when she returned from a tournament in Peru. Bandhavi stayed with them for few days when she had some memorable interactions with General Rawat. She even accompanied him to some events.

Previous The 2nd RYP Tournament has set a new benchmark for Pickleball India
Next “I just kind of gave up after the tragedy, but my parents would not have liked it….,” Jeev Milkha Singh